They Say You Can’t Outrun the Police, But… 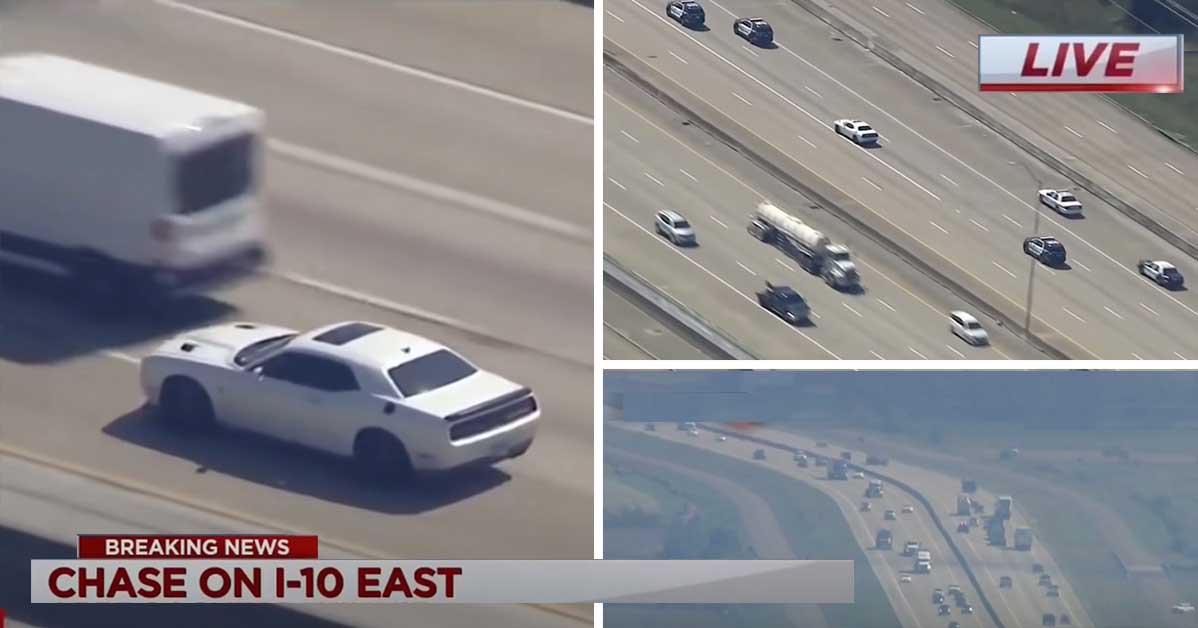 As they say, you might be able to outrun a police car but it’s pretty difficult to outrun things like radios, trackers, and helicopters. At the end of the day, the police probably have more high dollar equipment than what’s under the hood of your car and if they really want to catch you, they will break that equipment out. In the vast majority of cases, pulling over is probably the best thing to do.

This time, though, we check in with an individual who definitely didn’t have pulling to the side of the road in his playbook when it came to getting involved in a police chase. Apparently, the man behind the wheel here had decided that he was going to steal a car on this particular day. Luckily for him, the car was one of the fastest machines that you’ll find on the streets these days in a Dodge Challenger Hellcat.

Now, not too many people get to find the top speed of their vehicles. This time, though, the Hellcat would be stretched out pretty much all the way as we learn that speeds were said to have just about touched 200 mph in this pursuit. While we definitely wouldn’t condone something like that, we have to admit that it’s impressive. Not too many Hellcat owners are going to be doing 200 mph anytime soon, even on some of the longest race tracks around.

While it does seem as if the suspect managed to get away from the police, he was eventually apprehended after pulling over to the side of the road and abandoning the car to run through a field. He was charged for stealing the car in question along with being brought in on a variety of other warrants as well.

As dangerous as this was, we have to admit that hearing the chase helicopter say that they couldn’t keep up with the car at the helicopter’s 120 mph top speed was kind of entertaining.

« Every NASCAR Flip From the 2010s – ULTIMATE DAMAGE