They Shoved A Twin Turbo LS Into A Ferrari?

They Shoved A Twin Turbo LS Into A Ferrari?

One of the wonderful things about the world of motorsports is that you never quite ...

One of the wonderful things about the world of motorsports is that you never quite know about what you’re going to get. Sure, you can fall in love with the tried and true, but every once in a while, you get something that is so off the wall that you have to do a double take, digging into it to see exactly what it is that was done to the vehicle in order to make it the head turner that it has become as some of these machines require a lot of expertise to take them from their jumping off point and get them to a level that’s worthy of admiration.

In this one, we ride along to check out a Ferrari unlike any that you’ve ever seen. Sure, the LS swap is something that has become rather commonplace, however, one like this certainly isn’t something that you see every day as the guys over at MCR Tuning decided that this uphill battle wouldn’t stop them as they took the LS power plant of their choosing, paired it with a nice set of turbos and crammed it under the hood of this Ferrari in just a couple of months, making it one of the only ones like it and certainly turning its fair share of heads out at Holley LS Fest.

If you follow the BigKleib34 video below, you’ll be able to learn a little bit about this twin turbocharged beast that isn’t quite ready to rock just yet, but after a little bit of fine tuning, certainly seems like something that you would learn to fear on race day. Via the owner, it seems like some Ferrari purists might have just had their feelings hurt by the combination, however, after looking inside this thing, we have to admit that it’s pretty easy to fall in love with.

This Is Why You Always Should Wear Your Seat Belt! 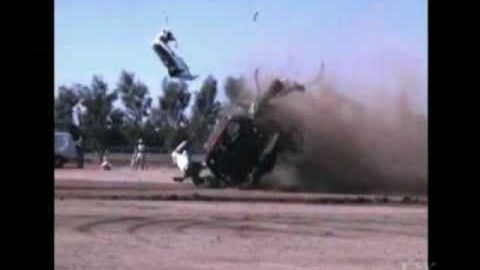