Thieves Steal an Entire ATM With a Forklift… That Was Ballsy! 🎥 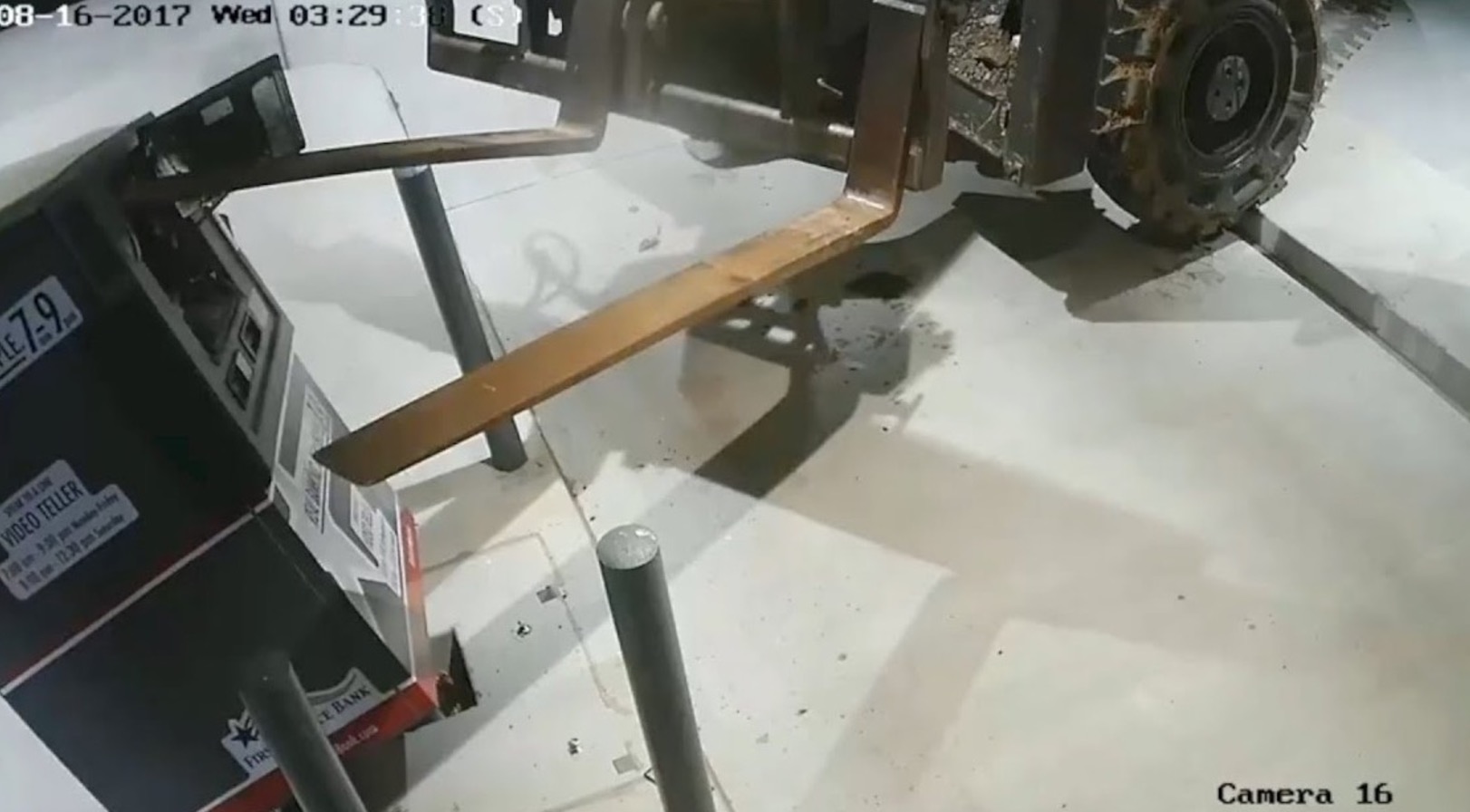 It seems more like a scene you’d see in a movie, but this actually took place in real life, and of course, the whole thing was caught on several cameras positioned around the bank itself. It seems these thieves decided against robbing the bank itself and decided instead to take the marginally less risky route of snatching the ATM machine from the drive through.

These guys didn’t bother with a hand truck heist or pickup and chains approach. Instead, they broke out the heavy artillery, using a massive fork lift to rip the cash dispense from its base and ride off with it into the darkness. It’s unclear at the time if the thieves stole the fork lift as well, or if they are construction workers who decided they needed a quick bonus, but either way, the operator seems to know what he’s doing, even if he is a bit heavy handed with the controls. Given the tension of the situation, I’m sure he wasn’t too concerned with finesse.

For obvious reasons, the bank doesn’t want to release the amount of money that remained inside the ATM, but according to the video, it could be as much as $200,000 which would make this quite the payoff, assuming the thieves are able to get inside the machine. If you’re a fan of the show Breaking Bad, you likely know how hard it can be to get an ATM open, at least as far as it’s made to look on TV. Hopefully, these guys don’t get greedy, or call each other names, and use the machine as a weapon.

The ATM is equipped with an on-board GPS that should allow authorities to track it down unless of course the thieves know that (and they certainly do now) and have either disabled it or managed to get the ATM somewhere that the signal can’t reach. Hopefully, they police are able to track it down and get the machine, or what’s left of it, and the money back to the bank.