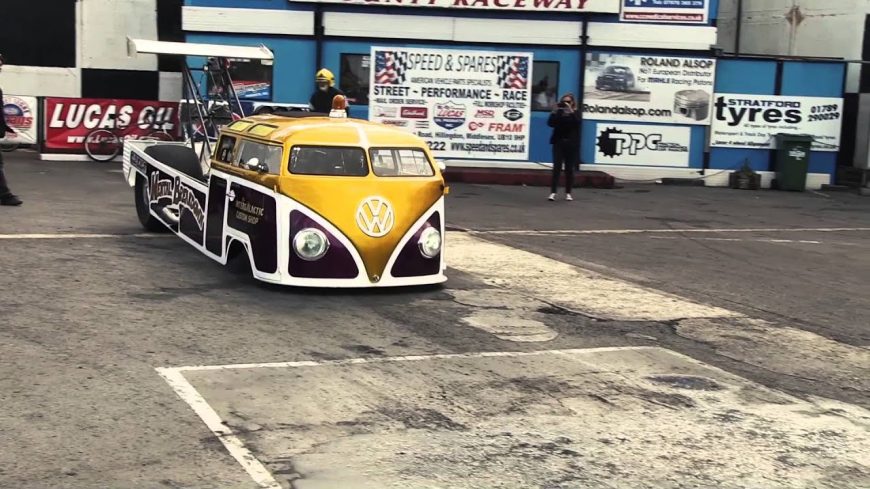 When the Volkswagen camper van originally rolled off of the assembly line, we’re not sure that very many people thought it would ever be fast. In fact, this van was designed to be anything but fast. Instead, the 1965 VW bus was essentially something designed to be functional.

This time, we take a look at someone who has taken an old-school VW bus and turned it into something else entirely. In fact, this thing is so brutally quick that we think it would be a pretty safe bet to say that no Volkswagen executives ever forecasted any of their cars being this quick.

This time, we check in with the machine that goes by the name of “Mental Breakdown.” Let’s just say that the ride that started off as a 1965 Volkswagen Camper Van has certainly adopted a lot of characteristics that aren’t in line with the factory equipment. When all is said and done, Wayne Allman from the Intergalactic Custom Shop turned this old VW into a 1700 hp monster. The goal was accomplished with a Keith Black 8.4 L supercharged Hemi V8 powered by methanol.

While naturally, much of this machine is custom, we are told that the driver’s cabin has been left intact. Of course, there is probably safety equipment onboard but this part of the rig remains factory which we think gives it a pretty unique look.

Down in the video below, we watch the bus making a couple of shakedown passes as it surges its way into the seven-second range at almost 180 mph. Since then, our research turned up that the bus has been even faster. The latest personal best on the machine is closer to the 200 mph club, putting the bus at a 7.17-second pass at 198 mph. That’s pretty darn quick for a machine that originally came on super thin pizza cutter wheels.