This 900 HP NASCAR Powered Toyota Tacoma Can do it ALL 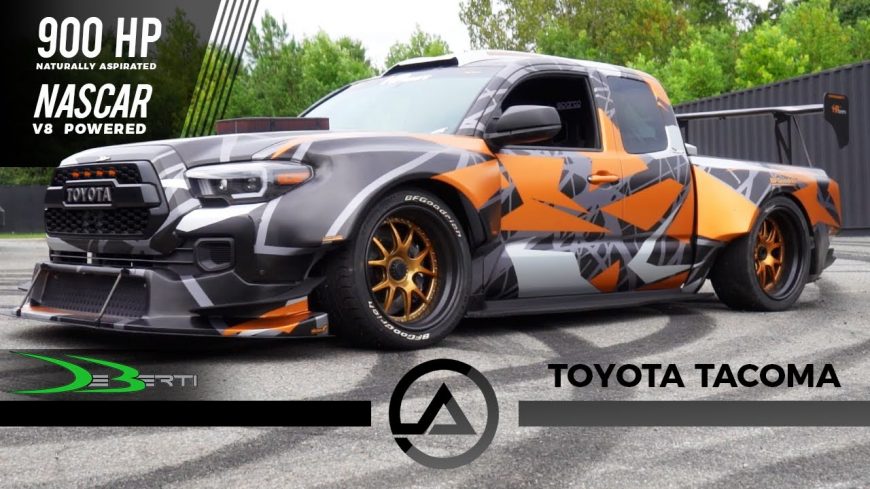 When it really comes down to it, deciding what you really want out of a build can be pretty challenging. Picking the right pieces to file into this equation is where the fun begins but it can be a struggle if you ask too much from a single ride.

For example, for the owner of this particular pickup truck, he wanted to go for a well-rounded setup. The idea was to create a machine that could do rally and be easily switched up to be thrust into a drifting application as well. As it turns out, for somebody who wants to perform in multiple different facets of racing, there is an answer. However, it might come on the heels of lots of modifications and some key engineering features.

This time, we get to ride along with a Toyota Tacoma that is unlike very many that we have ever seen before. We kind of have to stretch the Tacoma name out a little to cover this contraption because beyond the doors, roof, and maybe a couple of other small body pieces, the entire truck has been absolutely overhauled from top to bottom.

Most prominently, the custom build with a custom chassis is based upon a 900 hp NASCAR V8. The machine is making some serious steam as it’s cranked its way all the way to 10,000 RPM to show off what it’s got.

By following along with this feature from AutotopiaLA, we get to really dig into one interesting creation. Needless to say, we think that this is a Tacoma unlike any other to ever come before it. In all likelihood, there will probably be another just like it in the future, either.

When things got kicked off, the build was ambitious. When it all came together, though, this is something that’s going to turn heads and snap necks just about everywhere that it goes.