This Abandoned Dealership Is Full Of Cars!

This Abandoned Dealership Is Full Of Cars!

All across this great nation of ours, there are countless buildings like the one ...

All across this great nation of ours, there are countless buildings like the one featured in this video from the Amesie’s Automotive Corner YouTube channel. In a small town in New Hampshire stands an abandoned car dealership that still has several cars both inside and out. The cars clearly aren’t for sale and the property is surrounded by signs warning against trespassing.

Clearly somebody out there has some sort of plan for these cars, but it seems they’re letting time take a significant toll on them while waiting to carry out that plan.

This reminds us of an epidote of Barn Find Hunters, but instead of tracking down the buildings owner and trying to get his hands on the cars, Amesie simply walks us around the building, stopping to take a couple of peeks inside and then around back, where a handful of cars sit, silently rusting away.

Knowing the dealership is in New England, the winters there have to be harsh, which will only serve to push these cars the brink of total ruin even faster. If you read through the comments, and our host even addresses it in the video as well, there are plenty of people who seem to want to come by and just take the cars.

However, there are other buildings and businesses close by that will certainly make that hard to pull off, so don’t get any ideas of “rescuing” these cars from their painfully slow death. Instead, it seems the owner of the building is plenty wealthy enough on his own and doesn’t need the money that selling the cars would generate, so they’re doomed to sit and waste away.

Do any of you guys and gals have places like this close to where you live? Get out there and get us some video. As Amesie does, always observe and respect any boundaries and be careful not to break any laws, but we would love to see what’s sitting around in your hometown.

Abandoned Mustang GT Left to Rot, Will They be Able to Get it Running After Years of Rust? 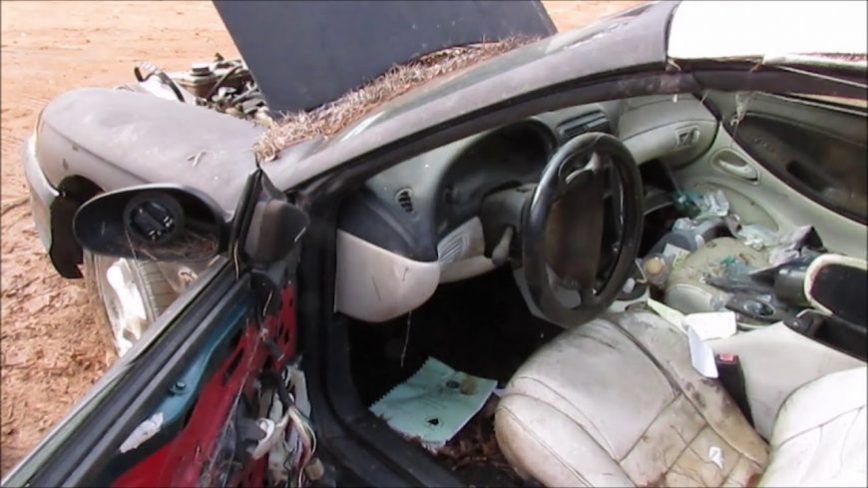