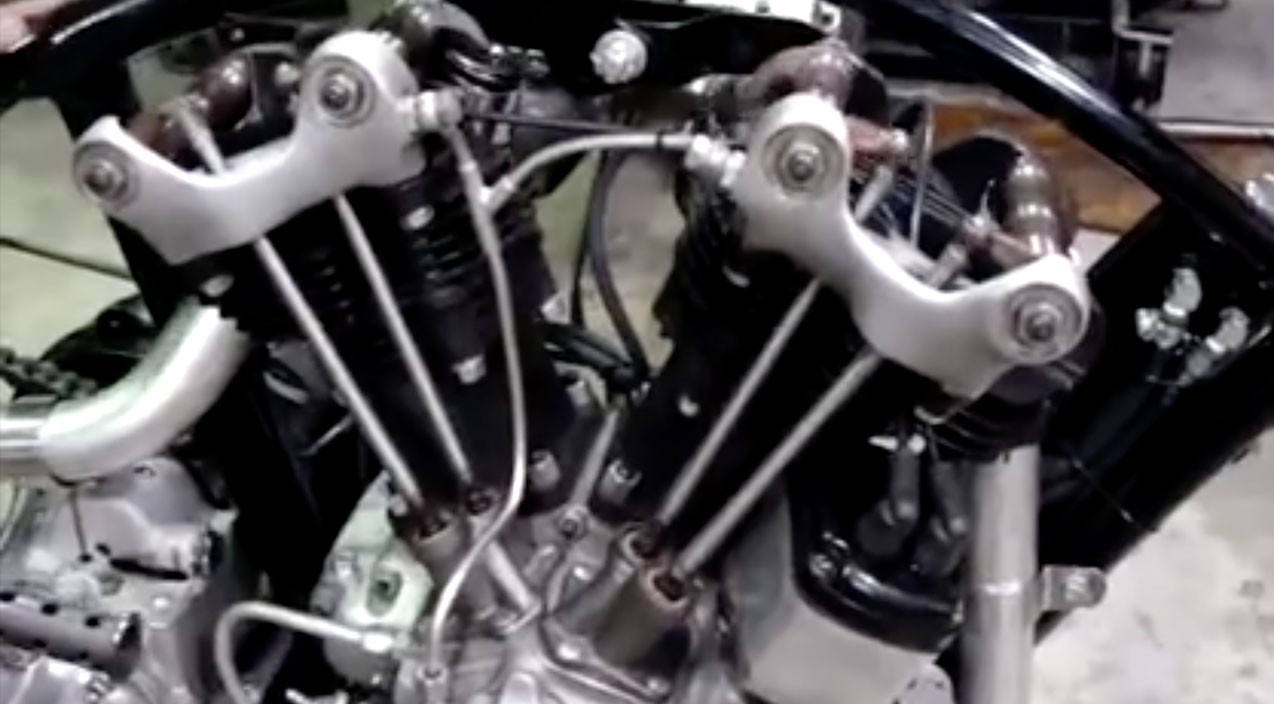 When it comes to most modifications, a lot of trends tend come around hard and get played out when everyone decides that one thing is cool. However, every once in a while, you see something that’s really unique and innovative when someone decides that the cool factor is in being different than the next guy. It really throws a curve ball into a mix and I think that that’s along the lines of what we see here.

From a short clip of watching this motorcycle running, it appears as if this knuckle operates all the time with open rockers and exposed pushrods. That most certainly is something that you don’t see every day as most push rod engines contain these parts inside, soaked in oil at all times.

Watching this thing in motion is pretty interesting as it fires up and we get to see all of the moving parts in action, making you rethink everything that you originally had believed you knew about how engines like this function. It really leads you to wonder if this is more of a showpiece or something that could be functional for a long period of time.

Check out the video down below that will take you through the setup and be sure to tell us what you think of an engine like this. Would you be comfortable with her riding around on a bike that has all those exposed parts? It’s fun to look at, but I think that putting it into practice might be a whole new ballgame!

Have you ever seen a Knuckle with open rockers?

Have you ever seen a Knuckle with open rockers?To get featured send us your photo or video to http://m.me/choppertown

Posted by Choppertown on Saturday, April 8, 2017

« Only in Russia… Man Fills Wifes Car With Concrete!