This Boosted Comanche is Unlike Any Jeep You’ve Seen Before

This Boosted Comanche is Unlike Any Jeep You’ve Seen Before

If you were to walk down the street and ask common people what they thought of the ...

If you were to walk down the street and ask common people what they thought of the Jeep Comanche, there is a very good chance that a wide variety of them would probably have no idea what such a vehicle is. It did run in limited production but we think that the Comanche is one cool machine that we don’t want to forget about just yet.

For Dave Pearson, he most certainly has not forgotten about the Comanche as he has taken his version of the truck and transformed it into something that has to start conversations everywhere that he goes. This thing is most certainly a head turner in just about any situation, probably prompting people to wonder exactly what it is!

Last year, the Jeep was rocketing down the strip with the help of a Chevrolet truck engine and a budget turbo kit, doing some impressive things with a somewhat stock appearance. This year, the power remains the same but, as you can tell, this isn’t exactly a Jeep that’s anywhere near close to stock in pretty much every other category. In fact, after taking one look at it, I really think that a lot of people will fall in love with this thing upon first sight!

Check out the video down below that shows off the machine that really has a lot to offer. Now, this time, Dave didn’t have all of his safety equipment in place so he’s doing just a couple of short hits to try and dial the truck in but with the full race setup, it’s going to be a real pleasure to watch when he finally manages to get this thing rolling. He tells us that we can expect to see it in full force for Drag Week! 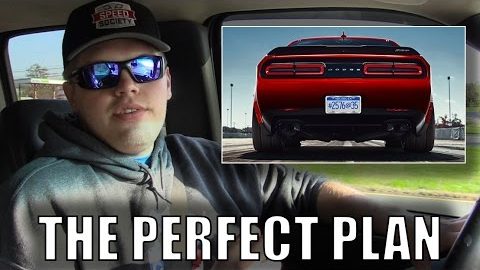