This Brutal Desert Racing Machine Doesn’t Care About Your Highway, That Suspension Though!

This Brutal Desert Racing Machine Doesn’t Care About Your Highway, That Suspension Though!

If there’s one component of modification that is underappreciated by a lot of ...

If there’s one component of modification that is underappreciated by a lot of people, we think that the suspension would be in the running. You don’t necessarily need to be the king of the desert in order to be in a situation where little bit of suspension upgrading could help you out. After all, the suspension is the only thing between you and the street, dirt, or rocks that you’re driving over so you have to think about the idea that it might not only help you to have a better ride as it takes the abuse instead of said abuse being passed to you as you bounce around but also can help out to make sure that your vehicle is performing in tip-top shape. As lots of people seem to just want to throw power at machines and let them rip, the suspension is definitely an underappreciated aspect that could get the most out of your ride.

Depending on the kind of performing that you’re expecting, I think that it goes without saying that the suspension in question is going to need to act differently. Obviously, with rougher terrain comes more travel and when you’re driving on the road, perhaps you want your suspension to hug the corners more tightly and act in a completely different manner. With that in mind, all suspension setups in the performance applications are going to be taking abuse but we would be so inclined to say that in an off-road application, it might be taking the heaviest burden of them all and is impressive to watch in action.

If you follow along down in the video below, you’ll be able to catch up with an off-road performance setup that appears to have come together seamlessly as this monster blasts through the desert with a vengeance, taking every last bump as if it isn’t even there. You can definitely color us impressed as the driver absolutely throttles down on this thing and gives it all that it’s got. After getting this new perspective on exactly what’s going on out in the desert, you might have an all-new itch to go do something like this for yourself!

Posted by Trophys and MORE on Wednesday, December 12, 2018 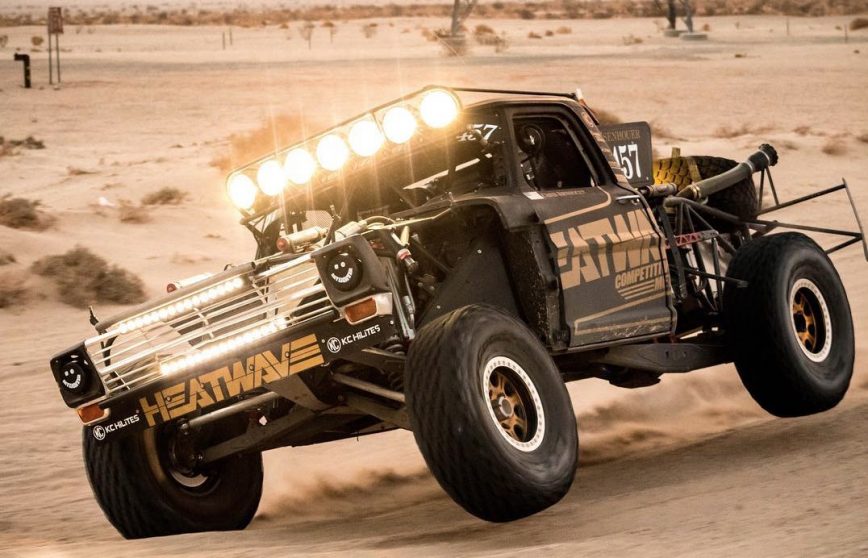