There are certain vehicles out there that just make a statement. One of the ...

There are certain vehicles out there that just make a statement. One of the statements that the Dodge Power Wagon makes is that of brute force. For those unfamiliar with this ride, it was first produced back in the 40s and carried on through the 80s until being rekindled again in recent years. It was big and slow but definitely presented the essence of power.

With all the powertrain options these days, one could take a ride like this and turn it into something else entirely. This time, we tune in with one example of a Dodge Power Wagon that has certainly gone off the deep end and we’re loving every second of it.

As if the brute force provided by this monster wasn’t enough from the factory, the person responsible for this build decided to go with a 4BR Cummins engine under the hood of this monster to really turn the volume up and get things cooking. This already sounds like a pretty awesome build but there’s more! Actually, there’s much more!

The Cummins swap would already make something like this stand out in a crowd as it hums along with the sound of a diesel engine. However, what would make such a machine stand out, even more, is the addition of an entirely new axle. Instead of boasting just four wheels, this beast has been turned into a 6×6 for something even more unique. It really looks like something that could withstand the thrashing of a post-apocalyptic wasteland.

By following along with the video below, we get a walk around of this one of a kind ride. We would imagine that driving this thing around would bring on all sorts of different looks and attention. It’s awesome when we get to see a creative vision like this come to life that gives us a breath of fresh air.

This 6x6 Pickup is a Dodge Demon Powered, Bulletproof Armored Monster Fit For a Modern Apocalypse 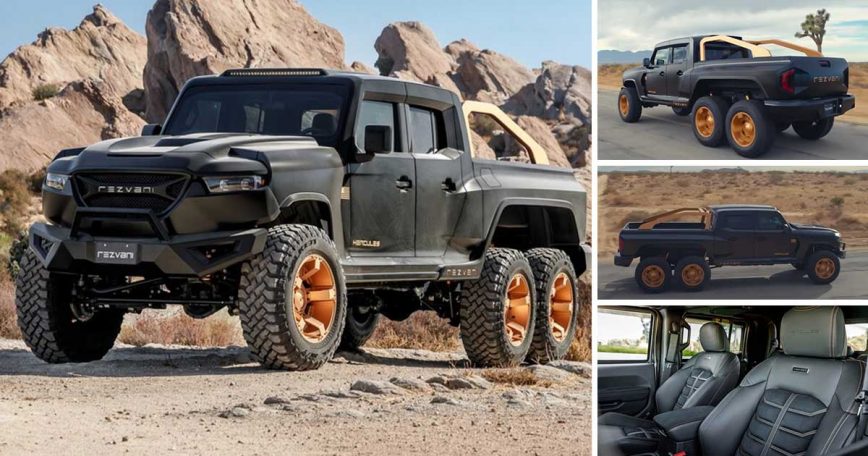