This Donk Is On Another Level, Bullhorns, aA623-Inch Big Block, And 26 Inch Wheels! 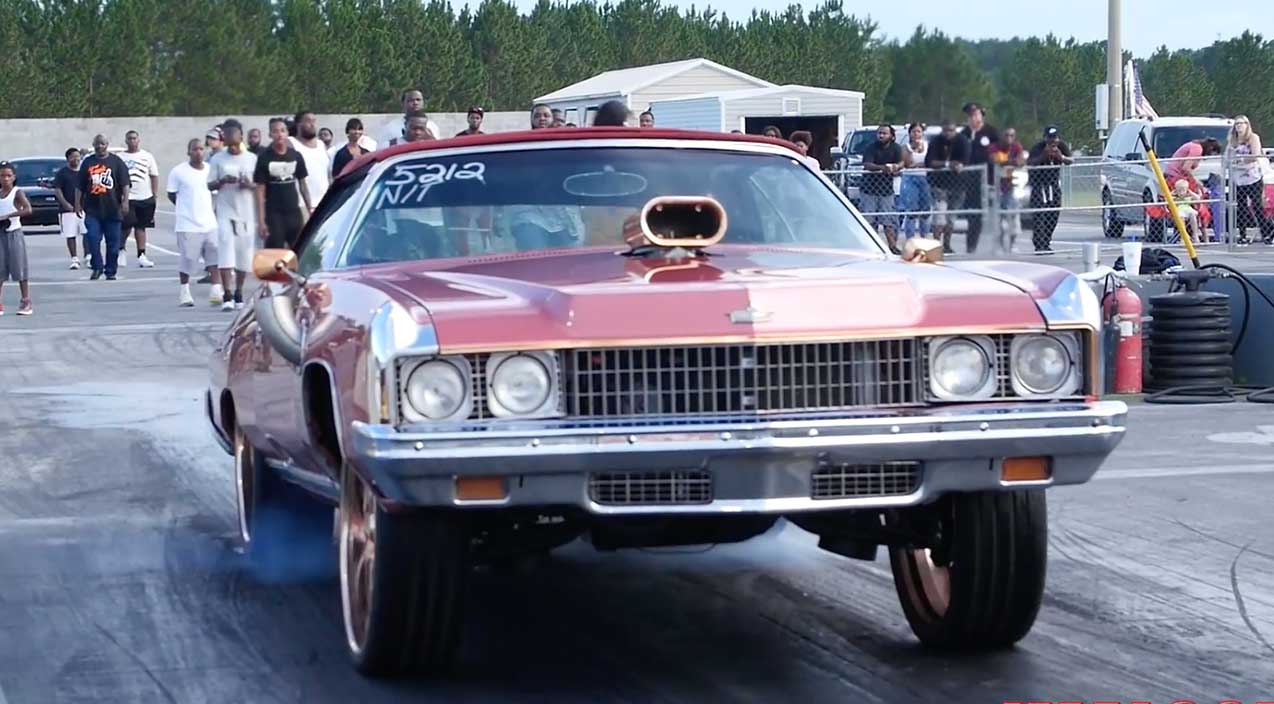 In a traditional sense, drag racing has some things that will be shared among those who do it competitively. One of these things is that most of the time, cars or trucks will be equipped with a wheel and tire combination that attempts to minimize the diameter of the wheel and maximize the sidewall size of the tire. Therefore, a little more sidewall will allow some tire wrinkle that will then allow the shock of the friction to either be absorbed by the sidewall, instead of the car losing traction or worse, breaking something. Long story short, in best practice for drag racing, these big soft tires generally work out better than not.

However, just because something is tried and true doesn’t mean that people aren’t going to try out different things. After all, what fun would anything be if everybody had the exact same application? If you want to talk about a competitive subset of drag racing that’s on the opposite side of the spectrum from these small wheel, big tire combinations, you can look at something like donk racing. Basically, the concept here is to make use of some pretty big wheels, usually in the high 20-inch range or bigger, and attempts to make these big wheels work out there on the strip, regardless of what has been proven to be a sure thing.

We have to admit that when these combinations do work out, we think it’s mighty impressive in seeing how these extravagantly modified cars combine flash with drag racing prowess in a fun to watch setting. In this particular situation, we see a car that has not only massive wheels on it but also set of bullhorns as far as exhaust goes, something that normally is reserved for the hardcore racing section, and also makes use of a 632 cubic inch big block for power. If you tune into the video below, the JMalcom2004 footage might just shed a little bit of light on what’s so exciting about this kind of racing as a couple of donks really make their presence felt on the drag strip.

« When Burnouts On The Street Are Frowned Upon, Just Use Your Trailer!