Well if you’r like me, you have definitely been wondering for your entire life how ...

Well if you’r like me, you have definitely been wondering for your entire life how many empty coke cans it would take to build a full-scale replica Formula 1 car. Rest easy my friends, the question has been answered, or at least we have an approximation.

We don’t have a name, or a location, but we do know that the video was cool enough that social media sensation Supercar Blondie shared it on her channel, which is where we happened to find it. As soon as we saw the finished product, we thought it would be something that at least a few of you out there might be interested in seeing.

The details we do have revolve around two numbers: 400 and 1,000. The builder claims to have an astonishing 400 man hours in his faithful F1 reproduction, but when you see what he put into the build, that number becomes a little easier to wrap your head around. Starting with a combination of PVC pipe and joints, the builder basically lays out a skeleton of a chassis before adding the cans, which gives the build some structure and support that aluminum cans simply would not have been able to provide on their own.

With the frame laid out, the creative builder begins adding the empty cans, using little more than modeling cement to hold them together. Can by can, part by part, the build takes shape, culminating in what most certainly does look like an F1 car, at least as accurately as one can be reproduced using empty coke cans.

As always, when we see something truly creative, it makes us want to challenge our audience and their ability to push the boundaries, so we want to see what you guys can come up with. Build us something, anything, but make built it out of cans, or popsicle sticks or paper clips, something we wouldn’t expect. Send us some pics and video and we just might share your creation as well!

The Coke Can F1

This took more than 400 man/hours and nearly 1000 empty cans to build this F1!Credit to 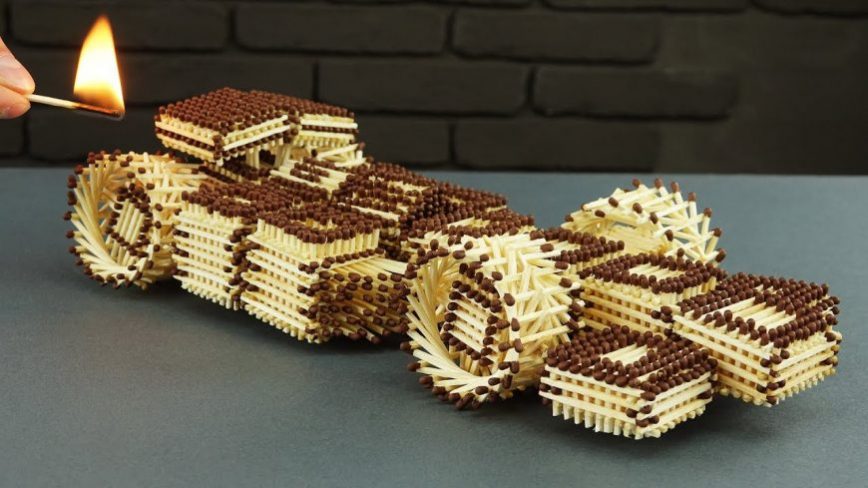