This Guy Thought He Was in 2 Fast 2 Furious 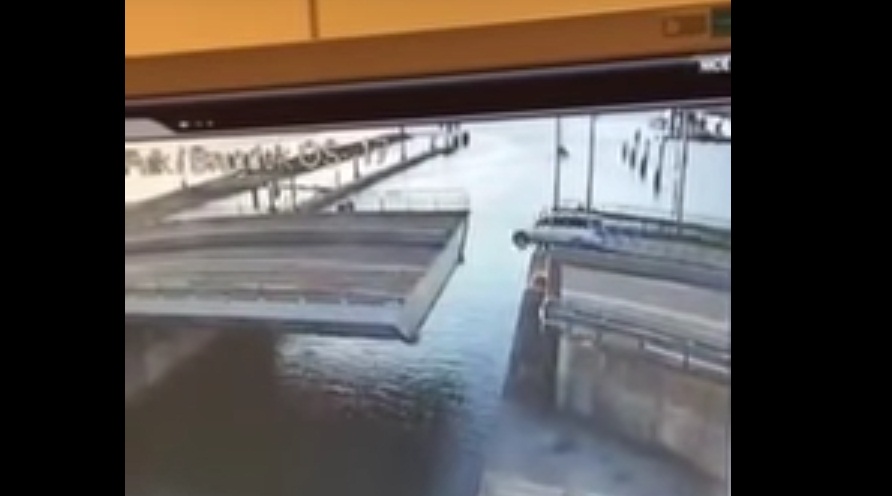 Action movies like The Fast and the Furious Series bring big time stunts to our television screens. Everyone remembers the time that they jumped over the open draw bridge.

Anyways, there’s a reason that they tell you not to try it out at home and this guy just got a front row seat at why that disclaimer exists in the first place.

We watch as a van driver passes the barrier when a drawbridge is about to close and actually attempts to jump the gap, hitting the far side and falling through the still separated bridge and into the water.

Now, he wasn’t hurt from the incident, but reports say that when he attempted to get out of the water, he slipped on the concrete, breaking some ribs and puncturing a lung. More scary, though, is the thought of how he’s going to explain all this to his wife!