A luxurious life filled with cars that dreams are made of like a Lamborghini Gallardo ...

A luxurious life filled with cars that dreams are made of like a Lamborghini Gallardo and a brand new Chevrolet Corvette all purchased for you by someone else doesn’t sound too bad. However, when they’re acquired through illegal acts like identity theft, the shine slides right off of the high dollar rides.

In this news report from KMOV 4 in Missouri, we learn of the horror story that is Timothy Rossell, a man who appears like a success on the outside but that false image of success is only a shell that hides a deep and dark secret underneath of how he really got all of these rides.

Now, this guy must’ve been really good at talking because he managed to get women that he met on the internet to buy him some of the cars. That part wasn’t illegal but when you dive into the fact that he was stealing identities and pretending to be a federal agent, something just didn’t line up.

At the end of the day, he was turned in by his fiancé who ended up finding multiple IDs with his picture on them along with credit cards opened up in her name. If you want to talk about a shocking discovery to find from somebody who you thought you knew so well, this is it.

Check out the news report below that takes you inside of the scams and explains how exactly this man, who we presume will be behind bar soon if he isn’t already, pulled off exactly what he did.

Before You Buy a Used Car, Check This Out! 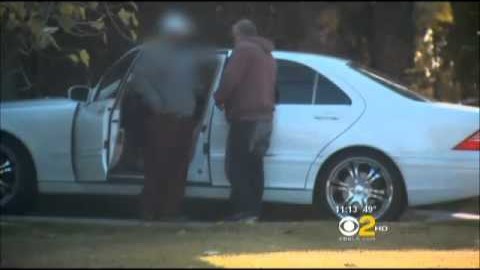