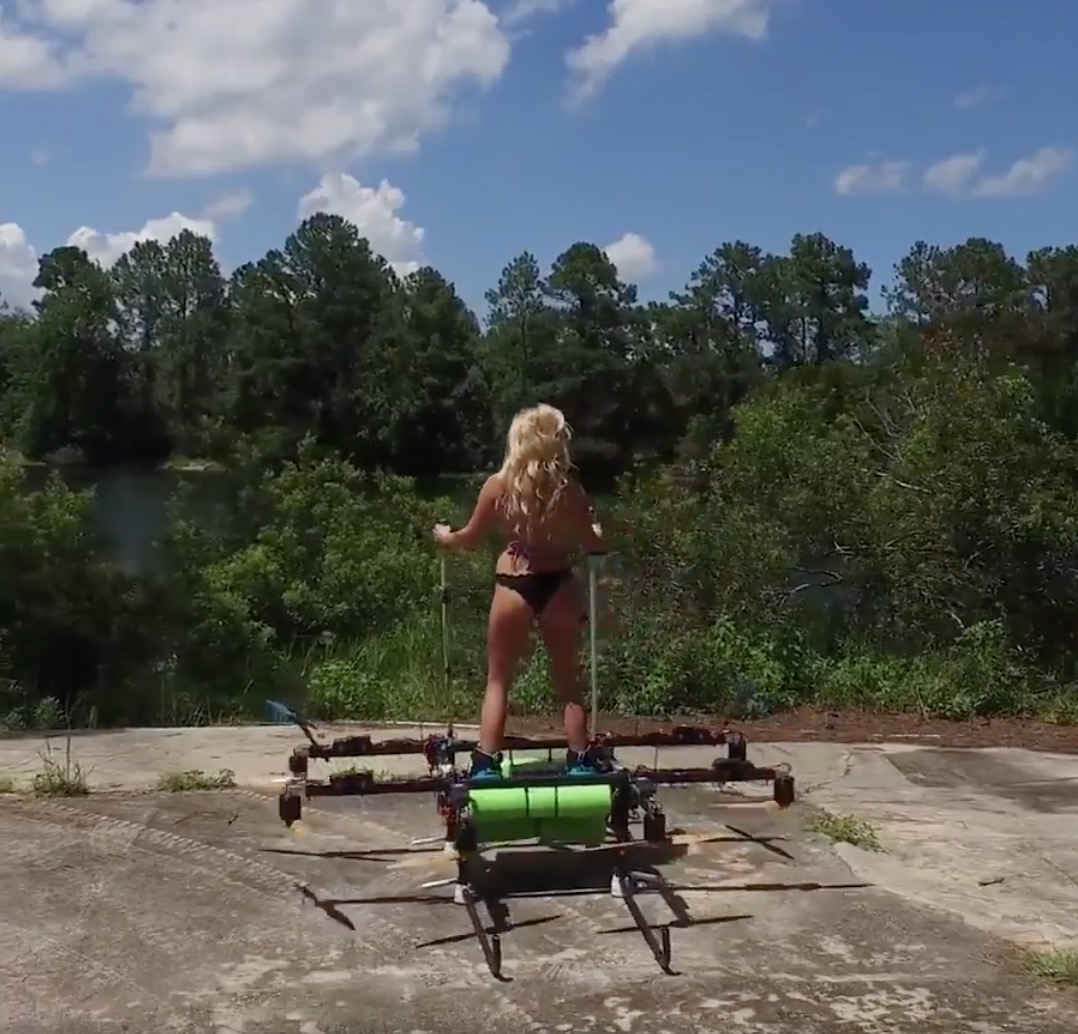 These days, it seems like transportation is really on the move and not just in literal motion but also in technological advancement, bringing along a new form of traveling seemingly every day. Just when it looks like you have it figured out with how you’re going to get around, out comes yet another advancement that’s designed to help you travel a different way. While one concept might seem unbelievable and unobtainable today, tomorrow, it might be regular to the point where it becomes second nature!

This time, we take a look at a way of getting around that’s so incredible that it seems almost like it’s computer-generated but who knows? Maybe a couple years from now everybody will be rolling around like this… Or flying, rather. In this one, we get the opportunity to check out a young lady who was on board a quadcopter that essentially uses a whole collection of propellers to lift this thing up off of the ground and allow the user to be able to pilot throughout the sky just like they’re flying on a pair of skis, maneuvering in all sorts of different directions as they give a little bit of input and before they know it, they’re soaring to wherever it is that they want to go.

If you check out the video below, you’ll be able to get to the scene of the action that shows off the quadcopter hitting the air. At first, it might look like a little bit of a challenge and something that could be quite dangerous if you don’t know what you’re doing, however, after a while, I would think that something like this would actually be a breeze, no pun intended. After going along for a nice little ride here, be sure to tell us if this is something that you would give a shot.