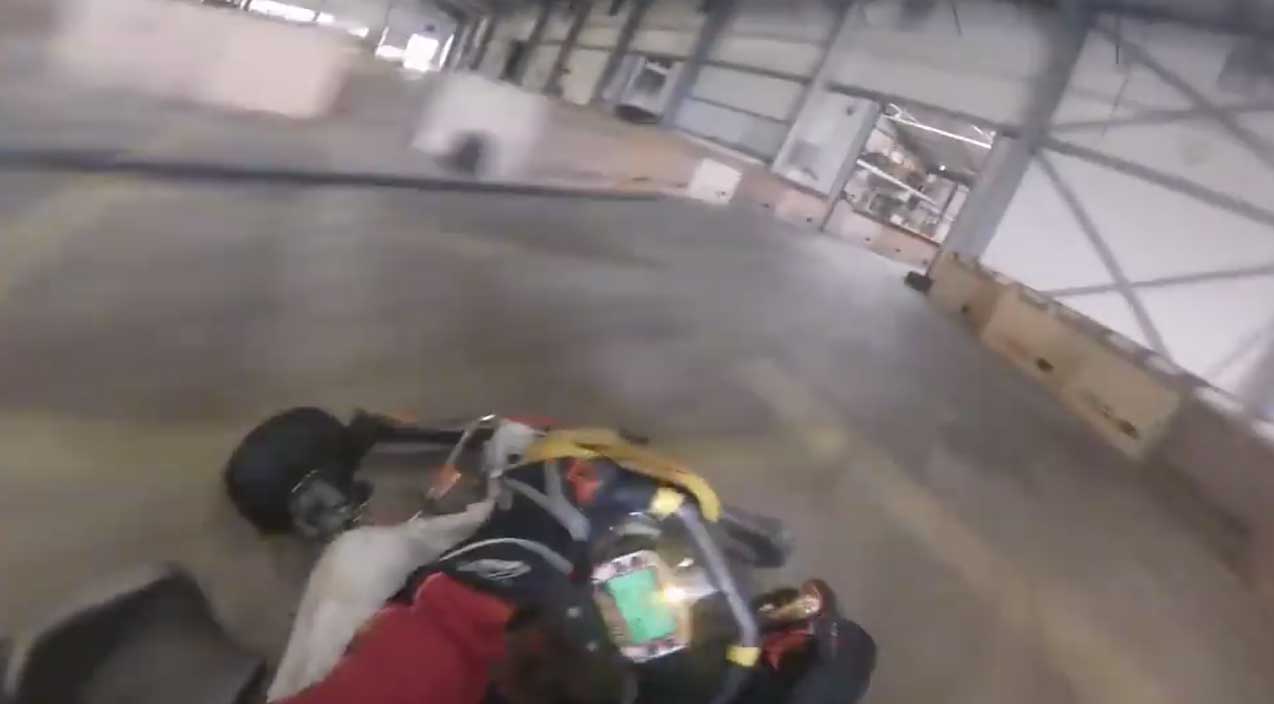 If someone just so happens to have a need for speed and wants to stretch their dollar a little bit further than a traditional need for speed might allow them to, go-karting might be exactly the remedy to that ailment. However, just because the world “go-kart” doesn’t exactly conjure up a situation that’s as extreme and quick as the world of performance automobiles doesn’t necessarily mean that it has to be one that can’t be fun. After all, some of these things get pretty extreme and when someone puts their minds to creating the best course possible, well, you never really know what exactly it is that you can expect to come of it.

This time, it appears as if somebody with a creative mind got behind the concept of go-karting, with a head of steam, and really ran with it. At first glance, this course almost looks like somebody set up a barrage of boxes in their warehouse at work, however, when you take a second look, this one has more features offered than you might’ve originally anticipated. As the track stretches on and on and gets longer, we see all sorts of different twists and turns that make this one stick out from the pack as something that looks to be a blast to take a spin on it as it features everything from lights to turns that could challenge even the best of pilots.

The video below showcases all of the action that this one has to offer and with each second, we want to get behind the wheel more and more. For just about anybody with that seemingly incurable need for speed, something like this might just be a good step in the right direction as this track only gets better and even features a replica F1 car along with special lighting to give the ride yet another twist!

This could be the coolest indoor karting track we've ever seen!

Posted by I Love Motorsport on Thursday, December 27, 2018