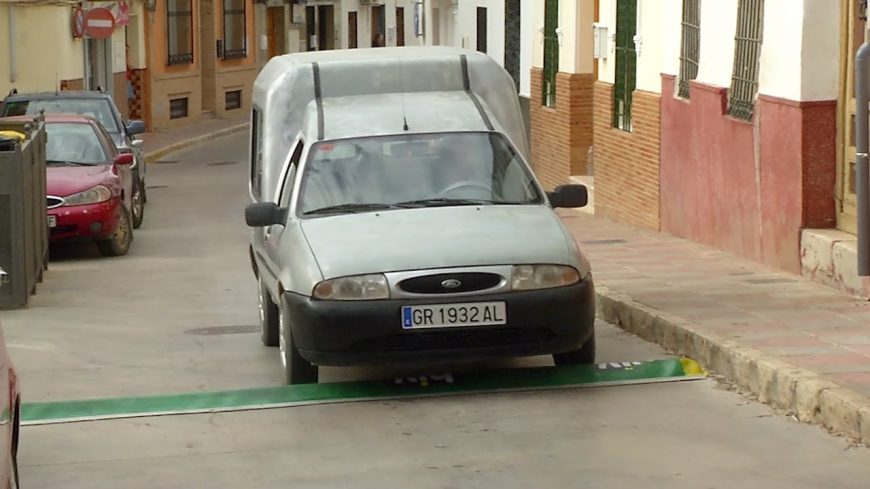 For some reason, up to this point in time, the best thing that we could come up with as a society to slow down people who are going to fast are speed bumps. While it is important that people don’t speed in certain situations, you would also think that they would’ve come up with something a little bit better by now because the concept of the speed bump really seems to be one that is quite dated.

This time, however, we check out an award winning invention that might just be the ultimate replacement for a speed bump. It kind of takes the concept and doesn’t completely reengineer it but speeds it up little bit to bring it to something that you might expect with all the advancements happening in modern-day life.The way that these guys manage to change up the way the speed bumps work is pretty interesting and will have you thinking about putting these in place in your local streets.

The whole concept stemmed when delivery drivers noticed that the speed bumps were injuring their load. By proceeding over the bumps, even at slow speeds, it could startle whatever was in the truck. So, in order to counteract this phenomenon, they would take Non-Newtonian fluid into account. Basically, the way that this fluid works is that when it’s sped up, it gets harder and when it moves slowly, it stays in a soft state. Therefore, if a car is speeding when it goes over the bump, the bump would be pretty hard to take but if someone is observing a slow rate of speed, they would barely feel the bump at all.

Follow along in the video down below that should give you a little bit more insight on what this kind of invention is all about. Are you the kind of person who would love to see this implemented around you or are speed bumps something that you could care less about?