This is NOT an Ordinary Suburban: This Is One Of The Greatest Classic SUV’s Of All Time! 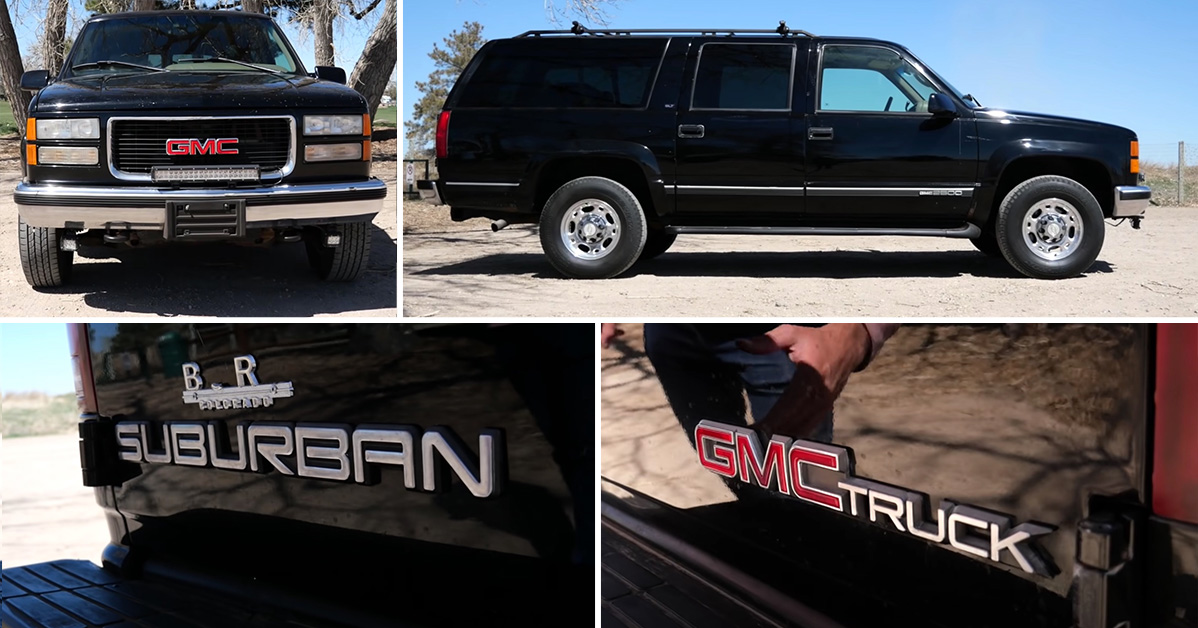 As time marches on, decade by decade becomes classic and really leaves us full of nostalgia for the way that things were.

Sure, today, the SUV market is more chock full of features than any SUV fan could’ve ever wished for. Someone approaching a purchase in this market has unlimited options when it comes to the bells and whistles that they can possibly order on a new SUV.

Back in the 90s, though, it seemed like automotive manufacturers were just coming around to the idea that consumers in the SUV market wanted more options. This wasn’t the generation where SUVs necessarily got their start. However, it could be argued that the 90s were really when the SUV craze here in America began to take off.

This time, we check in with a pretty wild classic that’s a lot different than many of the other SUVs that you would’ve seen running around in the 90s.

While light-duty Suburbans still run rampant on Facebook Marketplace today, the 2500 series GMC Suburban is kind of rare bird these days. We simply don’t see too many of these things running around on the streets and maybe that’s because the combination wasn’t that popular of an ordering option back then. All these years later, though, we can’t help but admire some of what this truck came to the table with. Those who love classic SUVs will just find a ride like this something that’s very easy to sink one’s teeth into and appreciate.

Sure, this old-school Suburban doesn’t have any of the fancy electronics like SUVs of today do. However, for those looking for a bulletproof classic ride that gives us a flare of nostalgia with a heavy dose of reliability, this is where the buck stops.

Down in the video below, thanks to TFLclassics, we’re able to check in with this classic to see what wheeling an SUV was like back in the 90s.