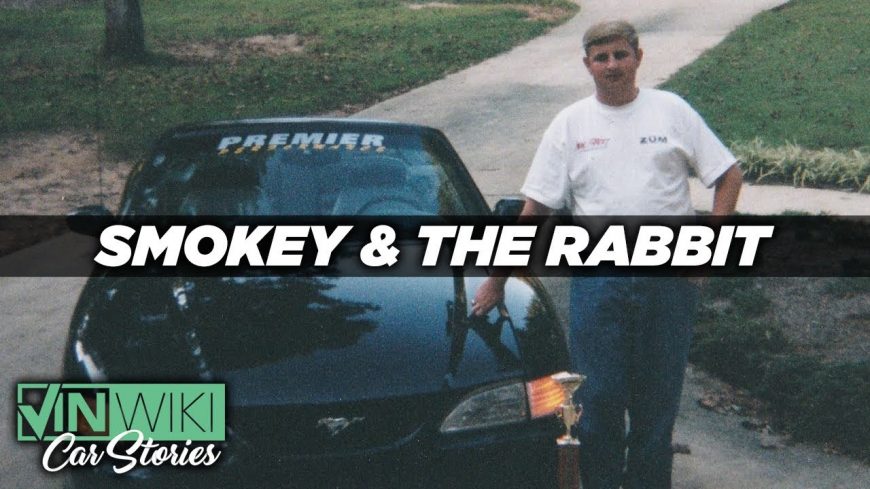 We love the stories shared by some of our fellow gearheads on the VINwiki YouTube channel. Car guys always have the coolest stories and they’re usually good at recounting a lot of details about their adventures when they sit down with the cameras to chat.

Rob Pitts has been on the VINWiki channel a few times now, revisiting several moments from his past that involve his love for all things automotive. In this video, he shares one of the coolest cop stories of all time, which just happens to include one of the dumbest decisions a guy could ever make all wrapped up into one incident.

Rob and his buddy Ben had Mustangs at the time, back in the late 90’s, and they were headed out for the night in search of trouble (Rob’s own words). Rob’s 1994 GT was one of the last 5.0 Mustangs and he’d added a few mods to make the car run and look better. Ben had just picked up a 1998 Cobra and really thought he had something for Rob’s GT.

As we all know too well, when buddies have cars that perform at similar levels, they always end up racing one another. These two knuckleheads just happened to pick a spot that was practically downtown. Of course, you can probably guess by the foreshadowing, there was a cop behind them. As soon he pulled out to about a car and a half lead, he saw blue lights and pulled over, while Ben proceeded down the road.

Rob, assuming there was no way Ben would come back, told the officer he didn’t know the guy and they’d just happened to line up, only to have Ben turn around the come back to where Rob’s pulled over.

The story ends about 45 minutes later with both drivers being let off with only a warning instead of having their cars taken and them being hauled to jail, all because the cop himself was a car guy and a Mustang fan. Talk about your all-time lucky breaks!

« Don Schumacher To Be Inducted Into Motorsports Hall-Of-Fame