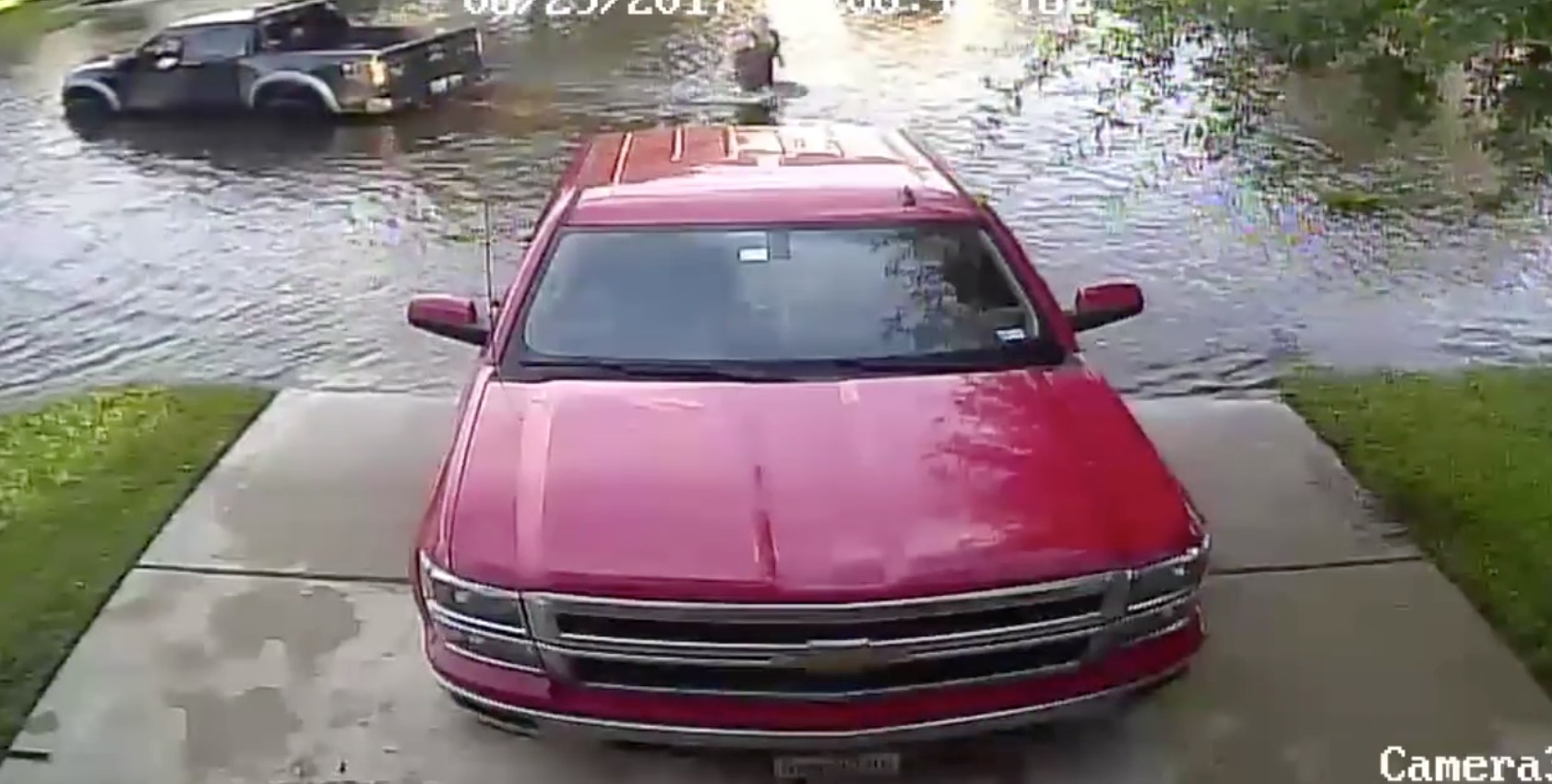 We’ve all seen the awesomeness that is Ford’s Raptor F150 pickup in action. From the drag strip to the back roads and even on the dyno, the truck is an all-around badass. However, not only does it run good, it’s perfectly capable of towing as well, as you can see in this short Facebook video below.

It seems this Raptor owner came home to find somebody had carelessly and thoughtlessly parked a Silverado in his driveway. Not only was the truck completely out of place, but he parked right smack in the middle of the drive, so the owner couldn’t even get into the driveway beside it. So what does one do in this situation?

Well the Raptor owner decided to literally do something about it, and with the gnarly power of the pickup primed to do some pulling, that’s exactly what he did. With a tow strap joining the back bumpers of the trucks, the Raptor effortlessly drags the Silverado, certainly no small pickup, smooth out of the frame of the camera in just a few seconds. The truck’s owner then returns to his rightful place in his driveway and goes on about his day. A while later, we see the Silverado’s owner trudging back through the water, looking quite confused by the fact that his big red pickup is no longer where he left it. While we can’t see it from the perspective of the camera, we have to assume the truck was just left sitting off by itself, awaiting its owners return in what appears to be a flooded neighborhood.

Use a little courtesy and common sense, folks. Even if you’re facing a natural disaster like a flood, the rules of courtesy don’t go out the window. If it’s not your driveway, don’t park in it. That’s pretty simple logic, for most of us anyway. And if you do decide to push that boundary, don’t get triggered when you get pushed back.