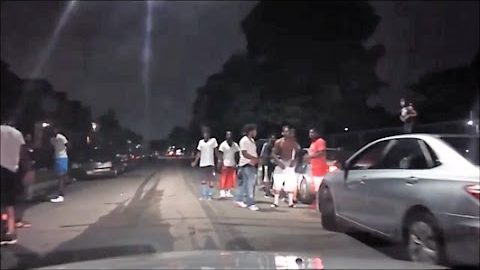 For those of us who have never been to a city like Detroit, all that we have to go off is the picture that is painted by the media and pop culture. From an outsider’s point of view,  for plenty of people, we would say that it’s quite agreeable that the city was once booming with the automotive industry in its waistband but since the economic crash in 2008, it has never been the same. Basically, the current picture painted of Detroit now is a wasteland of sorts, hosting run-down and abandoned houses, a large homeless population, and a violent ecosystem that has to be tough to be a part of, all coming at what seems to be the snap of your fingers.

However, when you hear about how bad Detroit supposedly is, for those who have never been, we’re left to wonder how much of that is fact and how much has been propelled through the rumor mill, taking something that might not be as bad as they say it is and bolstering the reputation in the worst way possible, really giving the area a reputation that no city would enjoy having. Now, this one piece of evidence, in particular, might not be able to paint the entire picture of the city but when you see exactly what the streets in this clip are like, there’s absolutely no denying that this isn’t really a place that you would slap a safe neighborhood golden star on.

If you follow along down in the video below, you’ll be able to see what the streets of Detroit look like for yourself, really getting a grip on what somewhere like this operates from day to day. After the vivid image of Detroit that has been painted by its reputation, watching something like this really kind of paints the area into a corner. Now, we all know that Detroit has been going through its economic struggle and I’m sure that not all streets are as hectic as this but seeing how this particular area operates almost makes you get on this city’s side and root for it to make a comeback.