This is what your oil looks like after 30,000 miles with no oil change

This is what your oil looks like after 30,000 miles with no oil change

We’ve all been told, starting with our dads or older brothers, and certainly each time we’ve taken our car in for an oil change. And we’ve probably all gone over that 3,000 mark here and there. I have shamefully gone over 10,000 miles between oil changes myself, but I did keep an eye on the oil level until I could get the oil changed.

Some people apparently didn’t get that memo, or just don’t care. A prime example of one such individual, the owner of this 2014 Kia Soul, brought in for its very first oil change… with twenty-eight thousand miles on the odometer. That’s right, nearly ten times the suggested mileage on one oil change, and the resulting sludge is disgusting.

When oil goes into an engine, it’s a translucent golden color. When it comes out after 3,000 miles in the engine, it should look relatively close to the same, but with a darker brown tint. The oil that pours out of this Kia looks more like chocolate milk than engine oil, and that’s not good for your engine at all! 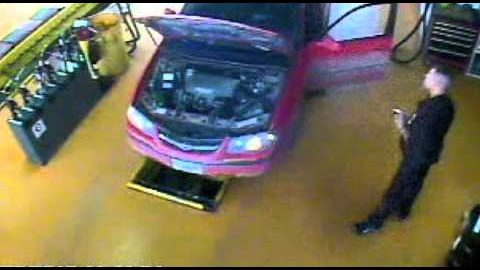