This is why mustangs have a bad reputation 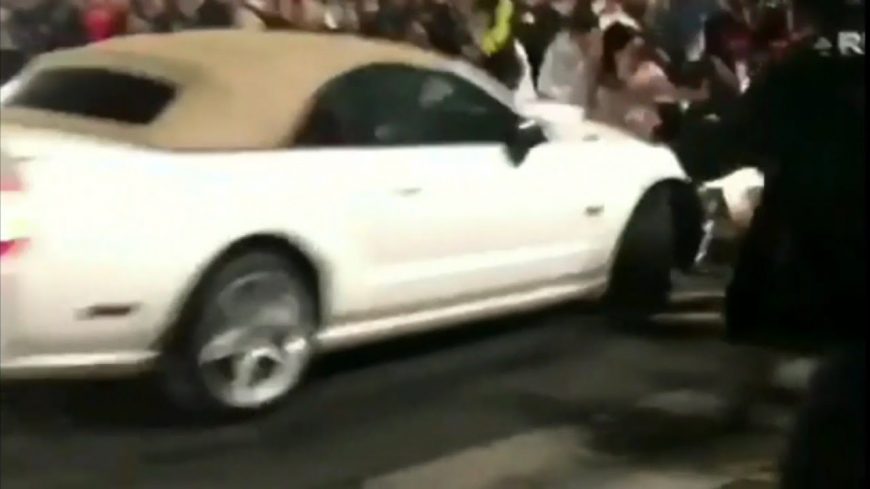 At this point in time, with how many exact replicas of the same situation we have seen unfold, it’s getting kind of hard to feel bad for people on either side of this sort of debacle. When a situation unfolds where cars are doing donuts and burnouts so close to a crowd of people, you know that something bad is going to happen but for some reason, the people behind the wheel or the people who are acting as a human guardrail don’t have the foresight to put themselves in a safer spot here. It’s almost like they’re signing up to be in a close call with a drifting 4000lb automobile or something.

In this one, we watch yet another Ford Mustang that seems to have a driver behind the wheel who can’t really control what they’re doing when they lay into that throttle. When you throw the car into a mix like this with lots of people within feet of the speeding automobile, you end up with a situation that’s way too predictable and has this machine skating into the rather large crowd and afterward, it gets even more intense as the crowd gets incredibly angry at the person behind the wheel of the car. I’m not sure that, in a situation like this, anybody is in the right. This all just seems so dangerous that everyone involved kind of had it coming.

Check out the video down below and tell us what you think of the situation at hand. Do you think we’re being a little bit harsh in saying that the people here should’ve had the foresight to not be involved in a situation like this? After something of this magnitude, it wouldn’t shock me to hear that some of these people are going to stay away from crowds surrounding cars doing dumb things behind the wheel from now on. Then again… maybe not.