This is Why You Don’t Jump a Stock Dodge Ram 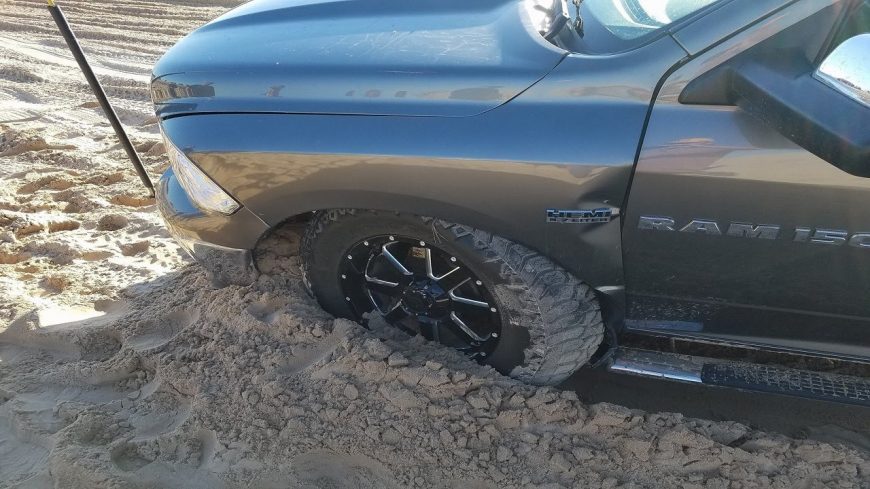 For those who enjoy really pushing their machines to the limits, you can really have a lot of fun behind the wheel but also recognize that if you’re pushing components farther than they were designed to be pushed then you might have to pay a little bit more to play than the next guy over. Unfortunately, for a lot of people, they end up getting themselves in just a little bit too deep before they realize this them and before they know it, more damage is done than would be if they just upgraded in the first place.

This time, we catch up with the owner of a late model 1500 series Dodge Ram pickup truck as he heads out to the sand dunes and probably pushes this stock truck a little bit further than he should have, launching off of the dune and coming down hard, landing at what looks to be the exact wrong angle as to break a whole bunch of suspension parts, bringing the truck down with a thud and even doing some body damage as the wheel is contorted in the most awkward direction.

From the post-crash interview, the driver says that he was having fun doing it all which is a good thing, but it looks like now he is stuck and looking for a way to get this thing out of the sand. He’s probably going to be looking at a pretty hefty repair bill when all is said and done to go alongside the headache of getting it moved.

This most certainly was a lesson learned the hard way and hopefully, before embarking on a journey like this in the future, this guy will get himself a little bit of insurance in the form of aftermarket parts that are made to take the beating that he’s throwing at them.