This Is Why You Never Want To Sleep on a Wagon!

This Is Why You Never Want To Sleep on a Wagon!

If you’ve been hanging around drag racing for long enough, eventually, you ...

If you’ve been hanging around drag racing for long enough, eventually, you might begin to notice a trend or two. One thing that you might have figured out is that just because a vehicle looks like it’s slow doesn’t necessarily mean that this is the case. In fact, there’s a good sized group of people who really get their kicks by taking something that looks incredibly slow and making perform on the drag strip. I can really attest to the fact that there’s just something so magical about watching a big old heavy boat of a wagon like this manage to crank its way to some impressive passes on the strip.

This time, the subject of discussion is nothing other than a massive and clean G-Body wagon. Even if they stripped this whole thing out, I would still imagine that it probably weighs a ton! In other words, to a drag racer, this machine could make about the perfect sleeper if you can figure out just the right combination of factors to make it move. In this video, thanks to TalonTSi97 on YouTube, we’re given an inside look at the quick but deceptive machine that does just that, making the most of its unsuspecting nature to power its way down the lanes at Atco Dragway to some pretty impressive passes.

If you follow along in the video down below, you’ll be able to see exactly what the heavyweight manages to do as it makes its way to some 12-second passes, seemingly with ease. It might not be the fastest car even but when you consider the format, it’s quite surprising. Even if you already knew this thing was fast, there’s a certain appeal to seeing what looks like as it goes down the strip to conquer those kinds of times. Follow along with the video down below that would get you up close and personal with this beast to see exactly what’s all necessary to make it roll like that, really throwing everybody off and hitting them hard when they least expect it.

8 Muscle Cars That Have Been Forgotten About 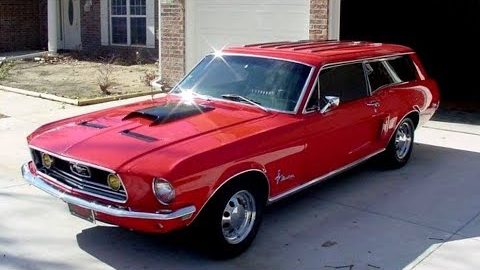