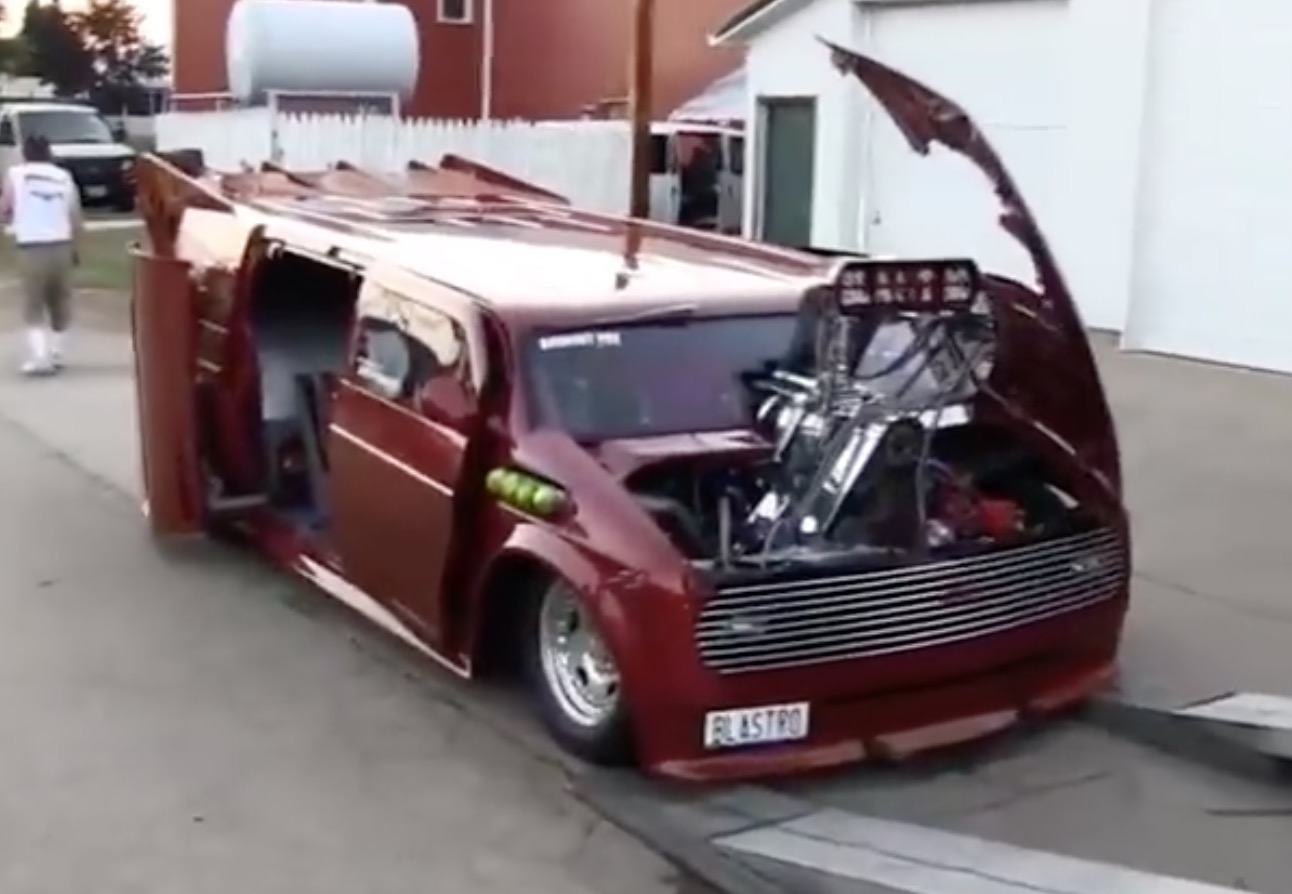 In the world of drag racing, I think most of you can agree that there aren’t enough vans. Don’t get me wrong, I know there are a few out there, but compared to cars and even pickups, the van it just grossly underrepresented. After seeing the video below, I feel even stronger than more guys need to jump on the van bandwagon and start building more drag vans just like this one, or at least somewhat similar.

From the massive blown powerplant to the huge rear wing, this van immediately screams over-the-top, but it has the power to back up the talk as well. The chassis has been stretched quite a bit to make room for all the passengers as well as the monster wheel tubs in the back. The doors slide open to reveal seating for you and several buddies, although I’m not sure you’ll have too many people signing up to ride down the track with you in this behemoth.

I will admit, I assumed the engine was more show than go, with the big blower being under driven and more or less serving as a loud decoration than instead of as a beastly horsepower-making machine. As soon as the Blastro fires up and lights the tires, you can tell by the snarling sound of the blown big block engine that this thing isn’t just show, but rather has been built to lay down some decent horsepower.

From there, we follow the fan to the drag strip, where the driver lays down a solid looking run, especially int he early half. It appeared the blower lifted around the 1/8th mile mark, which would obviously cause a huge loss in power, but the van still ran a respectable 8.52 elapsed time at only 136 MPH. I feel like the MPH should have been at least 15 MPH higher, which should put this thing into the sevens in the quarter mile.

With insanely cool looks and a ton of power, this is hands-down one of the most unique rides you’ll ever see at the drag strip.