This Massive Helicopter is Fully Remote Control And All Kinds of Badass! 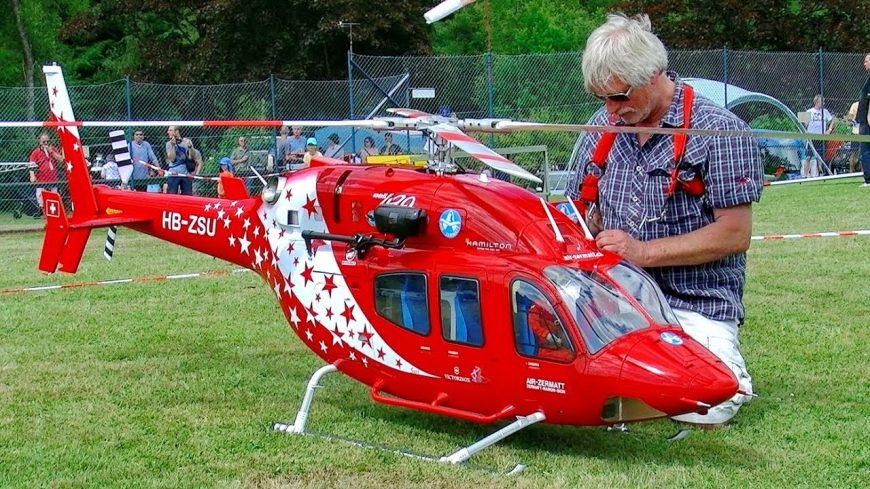 There are a ton of different hobbies in this world you could become involved in. I think that it goes without saying that some of those hobbies happen to be more expensive than others. One of the pastimes that might seem to be an affordable thing to get into but actually can end up racking up quite the price tag is that of remote control vehicles. It might seem like something that’s simple, but when you really get into it, there are countless options and accessories that you can choose to spend your hard-earned money on and when it comes down to it, the dollar signs can really rack up in a hurry, meaning that you’re digging into your savings before you know it!

This time, we check out what appears to be a pretty expensive remote control helicopter, one of those that brings the scale up to size a little bit more so that it’s a all that much closer to being the real thing. When you take one look at this massive bird, you might even mistake it for being the real thing! The scale is just so massive as it looks like it weighs a good amount more than the human who is operating it!

This video proves to be awesome to watch as the pilot lifts this thing into the sky and skates it around like it’s nobody’s business! I’m not sure about you but personally I would be a little bit intimidated by getting behind the controls because crashing this thing is probably quite the sentence for writing a big time check! It looks to be rather expensive of a machine to make magic with up in the sky. With these things getting as big as this monster, who knows, we might just see a full sized remote control helicopter one day!