This might be one of the fastest smart cars we have ever seen! 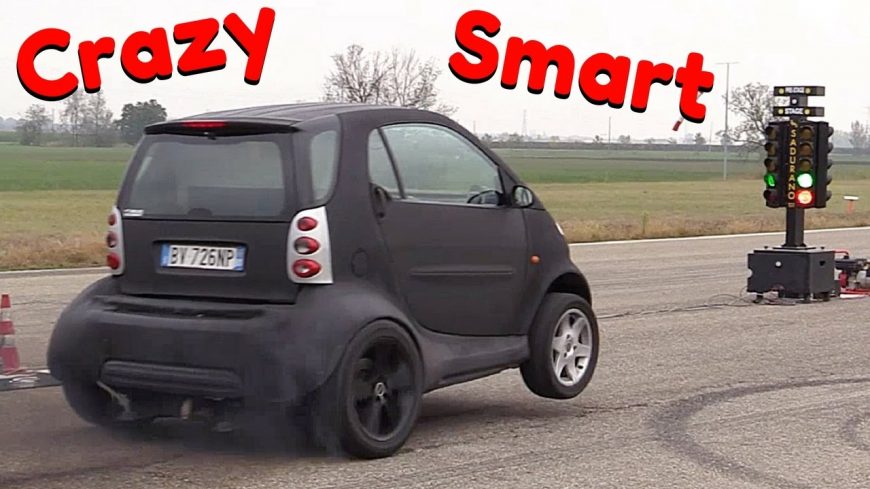 When it comes to putting together a race machine, a Smart Car might be considered as a good rig to get around in the pits but taking it on the track is seen as nothing more than a joke to most. This driver sees the Smart Car as an opportunity to blast!

This time, we check out someone who took the platform and transformed it into nothing short of an all-out racing machine that shocks its fair share of competitors. Imagine pulling up next to a Smart Car sporting an oversized slick out back!

Opponent after opponent goes down as the Volkswagen powered Smart Car steps to the plate and knocks it out of the park. This thing makes for one heck of a sleeper!

Check out the video of the wheelie poppin’ machine in the video below and tell us what you think of this killer Smart Car as it gets put into action!

« Twin turbo dragster does massive wheelie at No Problem Raceway