This Might be the Biggest Epic Fail Followed by an Epic Save… Ever!

This Might be the Biggest Epic Fail Followed by an Epic Save… Ever!

What comes to vehicles like your common all-wheel-drive Subarus, they may be vehicles ...

What comes to vehicles like your common all-wheel-drive Subarus, they may be vehicles that have the intention of getting you around on the roads, however, many have found that in certain situations off of the beaten path, they really excel. Even though the brand does seem to have a “rally” reputation, I think that Subaru would probably advise you to lean away from beating on these cars too hard off-road, however, for this Subaru driver who almost found that out the hard way, it turns out that he didn’t have to find out the hard way at the end of the day and it’s pretty amazing to watch the situation unfold on video as your gut will drop and you’ll get a feeling of relief all in one fell swoop.

In this one, it looks like the Subaru driver in question got themselves in the quite the predicament as the car began to slide off of the dirt and into a nearby lake. As they would continue to try and get this car to move up the embankment, it really seemed as if they were failing and at one point, the pile of fail gets too heavy and eventually collapses this effort as the car ends up sliding all the way into the water. However, this isn’t even close to the point where the crew is ready to give up on this machine just yet even though it looks like it’s pretty much a Hydrolocked goner.

If you follow along down in the video below, you’ll be able to take a big bite of epic fail that will shortly thereafter be followed up by an amazing rescue as the all-wheel-drive machine is able to carefully and skillfully pull itself back up to dry land once again before taking on an incline that looks like it’s almost about to roll it back over into the water once more. It’s unclear what exactly the driver did to get the car to where it sits but we would probably recommend not doing that thing again in the future.

It's not magic, it's just SUBARU life! 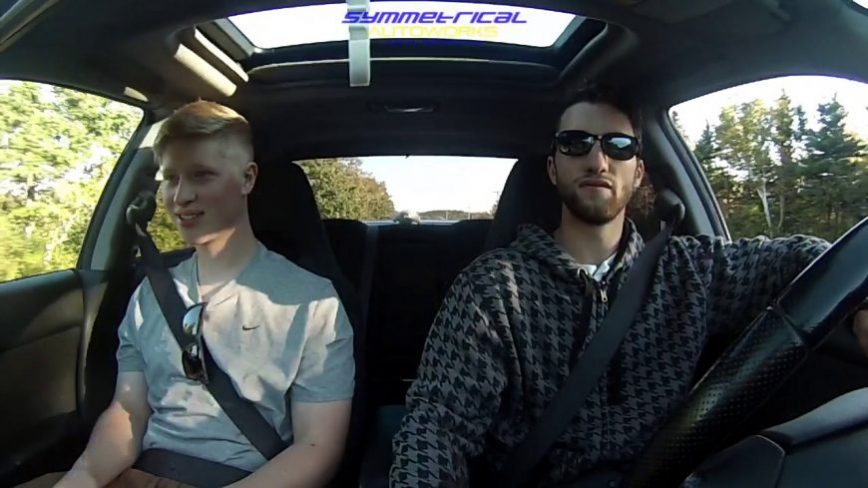