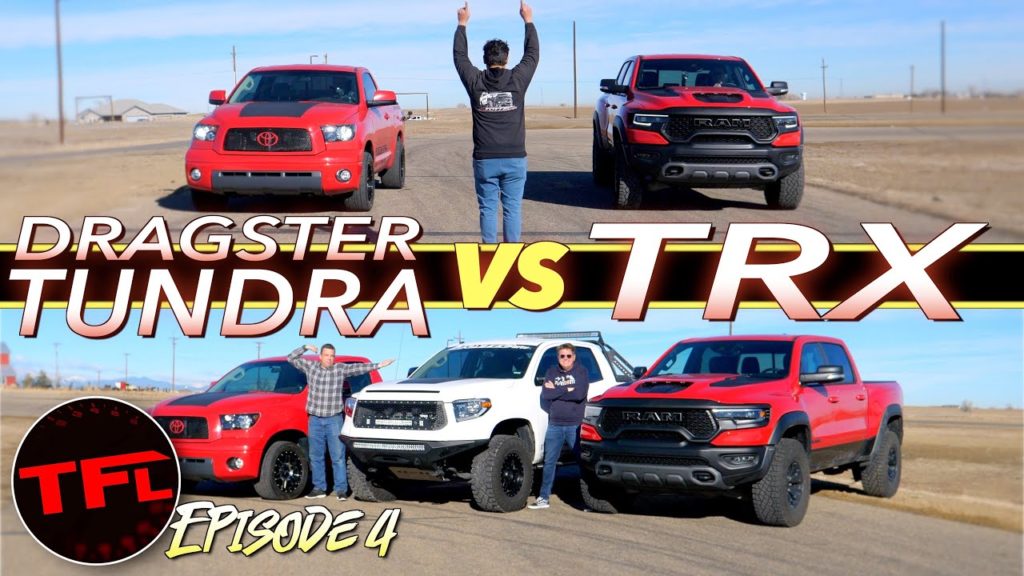 Let’s just say that when Ram decided to make a splash in the performance pickup truck market, they definitely made a big splash. The offering not only stood to compete with the best on the market but it really kind of blew everything out of the water when it comes to the amount of power this thing is making. However, power only takes you so far when it’s only on paper. How exactly that power translates into the real world can end up making or breaking a machine.

In order to get to the bottom of if the TRX is a capable truck or not when it comes to a little bit of racing, the crew from The Fast Lane has decided to test it out. The last time that we caught up with the TRX on TFL, we would watch as it would go head to head with a Shelby GT500. Surprisingly, the pickup ended up sneaking past the car even though the GT500 was lighter and more powerful. In other words, this truck ain’t playing games.

This time, we check in with a couple of other competitors that attempt to step to the TRX to see if they can hold a candle to what the Ram has to offer. With a pair of Toyota Tundras, the battle is hitting a little bit closer to home. Instead of a car versus pickup truck battle, this time, we find a couple of pickup trucks throwing down.

To be fair, the Tundras have been modified by a company called Toytec in Denver. One of them, a white extended cab, boasts 550 hp with the help of a Magnuson supercharger. The other one, a red single cab, brings 650 hp to the table with the help of a Harrop supercharger and methanol injection. On paper, again, these trucks make slightly less than 702 produced by the TRX. However, this time, we can see how exactly that all translates to the real world.