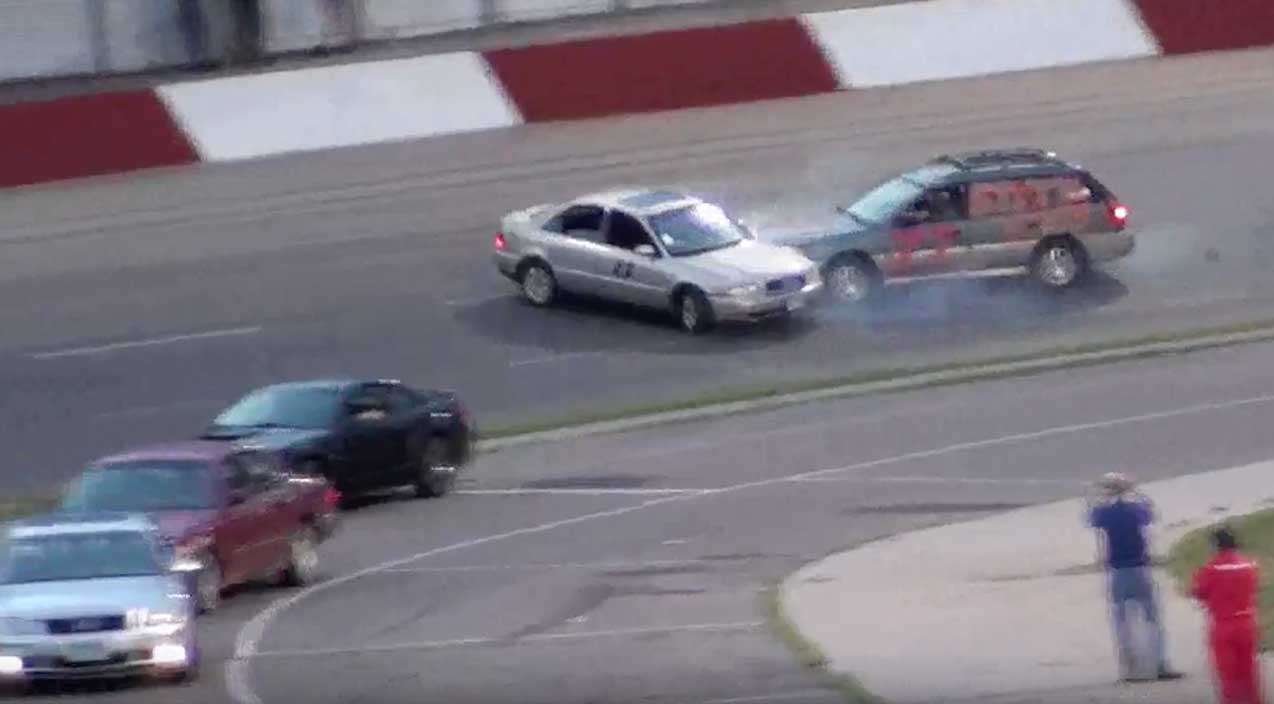 In a traditional drag racing setting, if you head down the track, it can be quite the risk. When it comes to most insurance companies, if they find out that you’ve been racing, they might just tell you to kick rocks. Therefore, if you crash at the drag strip, odds are that unless you have a special kind of racing insurance, you probably won’t be covered. With all of the passion and soul that these guys and girls have invested into their machines, things can get a little bit crazy in a situation like this. It becomes even more so when you consider the fact that there are a lot of cars at your local drag strip that still probably have loans against them.

Therefore, as you would imagine, if you’re trying to participate in spectator drags which takes the concept of drag racing and throws a circle track to the mix, you would think that these drivers are whole other level of crazy if they value the machine that they’re competing with. We have even seen pretty major meltdowns in this form of racing as competitors may end up getting their vehicle damaged in these types of competition. However, this time, we check out a situation that’s just a little bit different as some of these cars that are actually pretty nice but are out there and on the road to pure destruction.

If you follow along down in the video below, you’ll be able to see the spectator drags go wild as the Minnesota Towing Association makes use of some impounded cars to participate in this kind of crazy and hectic circle track competition. As more and more laps go down,I don’t think that any of these cars are going to make their way out of the battle in one piece.