This Pro Mod -vs- Fuel Altered Showdown Will Get Your Adrenaline Pumping!

This Pro Mod -vs- Fuel Altered Showdown Will Get Your Adrenaline Pumping!

There’s something about a pair of cars that are making insane amounts of power ...

There’s something about a pair of cars that are making insane amounts of power that most people can’t even dream of making that really gets a race fan all hot and bothered. Went two of these obscene cars go head to head, it’s generally a battle out on the track that you can’t help but watch and this time, we’re given the ultimate perspective as these two cars go at one another and absolutely fly down the drag strip with no holds barred.

In this one, we honestly don’t even care who wins or loses because whatever happens, you’re smiling ear to ear and watching all of the power laid out there on the track when both of these machines muster up enough juice to nearly trap 200 mph in just 1/8th of a mile. While most cars are out there trying to measure their 0 to 60 time, it looks like these guys will probably maybe measuring 0 to 190 time that comes in somewhere under four seconds! From inside the car, you definitely have to feel all of those G-forces pushing the brain toward the back of your skull in a manner that ends up being ultra satisfying.

Check out the video down below as this Pro Mod versus Fuel Altered showdown sends these two cars flying down the track and past the cameraman who gives you a great idea of just how fast they’re going when they blast through the traps at the end of the race.  Check out the video down below and be sure to tell us what you think of a race like this. If these things went any faster, I wouldn’t be shocked to see them lift off out of the atmosphere!

An epic final round between Nick Poloson & Gaylen Smith who went 3.85 & 3.87 side by side to close out the 5th Annual Pro Mod -vs- Fuel Altered Showdown! Thank you to all the racers, fans and NSD staff for another wildly entertaining weekend! Footage Courtesy of Drag Race Videography by Jake Simmons 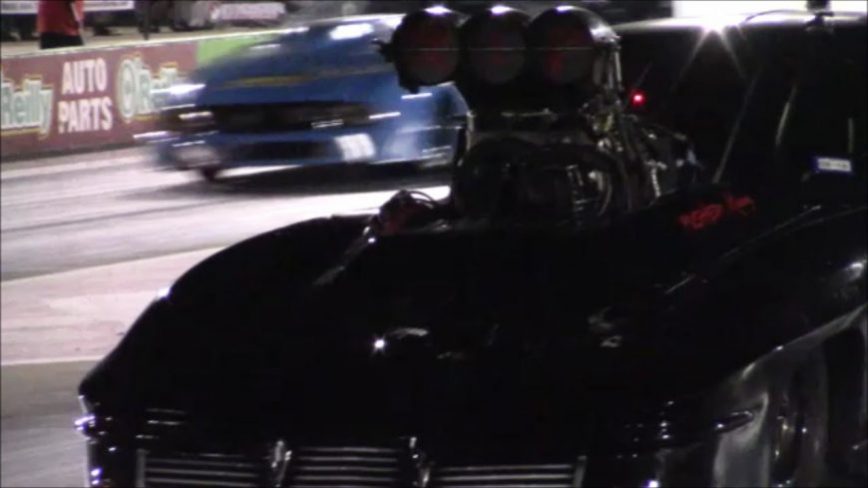