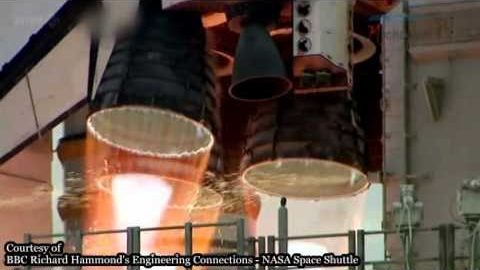 On just about every machine with an engine, people tend to get incredibly distracted by making power and often that leads other systems to be ignored that are also just as important. One of the systems in question that I’m talking about here is the cooling system. Believe it or not, keeping your engine cool is just as important as keeping it running. Not only will maintaining a healthy operating temperature create less friction in order to eliminate wear and tear, but it will also help your engine run more efficiently, giving you more bang for your buck.

Now, under the hood isn’t the only place we’re keeping cool is essential. While your car’s engine might heat up to a couple of hundred degrees before things start going awry, a space shuttle’s jet nozzle can rise to 6000°F. Even with the advanced technology and materials that these guys are using on such machines, all of that heat will begin to melt the metal in place and as you can probably imagine, a melted engine isn’t one that ends up being very useful.

What kind of equipment is used to keep the engine cool in such an advanced application? Well, this time, Richard Hammond takes it upon himself to attempt to explain the engineering behind the entire process and when you get down to the nuts and bolts, it might not be all that different from various cooling systems that you’re used to seeing in regular applications.

Be sure to check out the video below as Richard gives us the rundown of exactly how that 6000° setup is cooled down to a temperature where it won’t begin to melt itself and will provide optimal performance because, in a situation like this, every last bit of performance counts. This is really a life or death matter that we’re talking about here!