This Street Outlaw Is On Cloud Nine After A Big Upset

This Street Outlaw Is On Cloud Nine After A Big Upset

A couple of seasons back, Chuck came to the realization that, as much as he relished ...

A couple of seasons back, Chuck came to the realization that, as much as he relished the small-tire badass role, he was going to have to make the swap to big tires if he wanted to compete for the top spot on the 405’s Top 10 list. He pulled the Death Trap and began the process of fitting the twin turbo Mustang with steamrollers out back.

Now the car is back, and with the ability to use much more of the horsepower on tap, Chuck has blitzed the list in just a few episodes and lined up with newcomer Ryan Martin in the Fireball Camaro for the top spot. Chuck proved he is a force to be reckoned with by laying down a beautiful laser-straight run to unseat Martin and take the top spot.

How long can Chuck hang on at number one? You’ll have to keep tuning in to Discovery Channel on Monday nights to see if anybody has anything for the new and improved Death Trap!

Raw Footage Of The Fireball Camaro vs Street Outlaws Chuck For The #1 Spot! 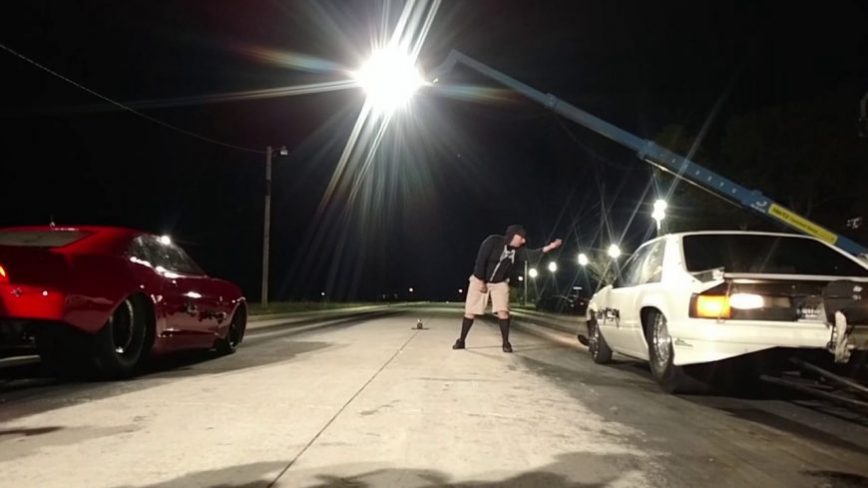