This Tesla Swapped C10 Squarebody is Actually Kind of Awesome! 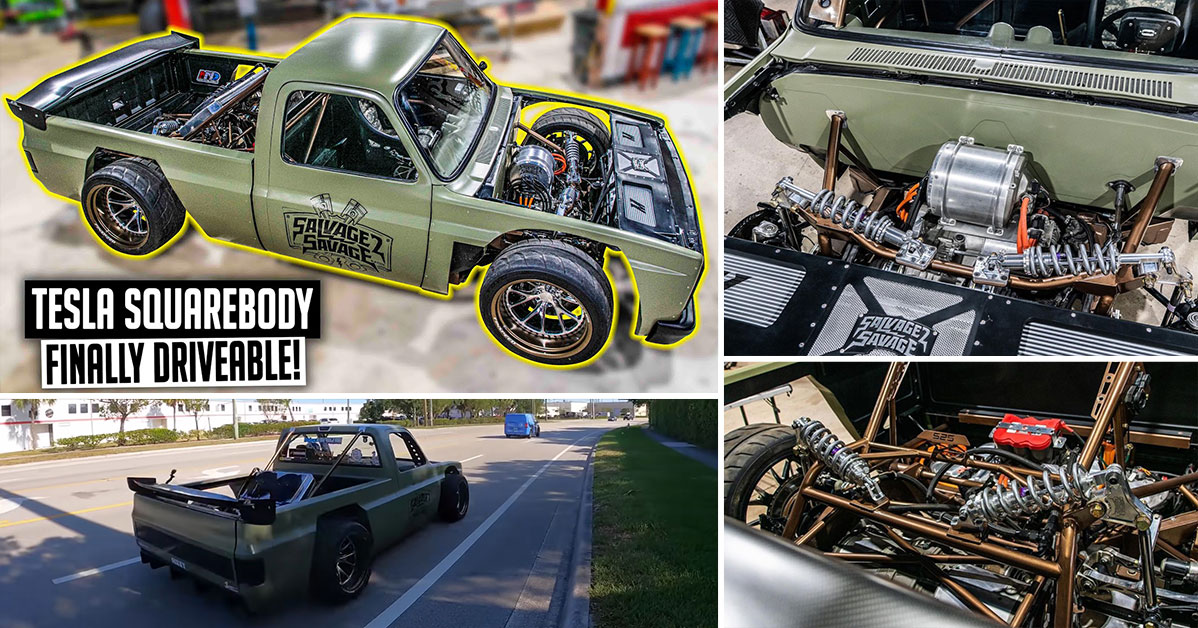 It seems as if, with each and every generation of hot rodders, a new engine swap or swaps come to light that defines that generation. For example, the past couple of decades has been dominated by LS power as the most common engine that one might find swapped into just about anything. One spin of a race track or a car show will probably turn up a wide variety of LS-powered machines.

One day, though, LS power will be a thing of the past. Whether it will be replaced by another form of combustion or something else entirely is yet to be determined. However, a couple of early candidates seem to point out the fact that maybe the Tesla swap will be the next big thing in hot rodding.

Now, this is probably going to be a trend that a lot of enthusiasts resist. However, lots of shops have been taking it upon themselves to shove this electric power in just about every kind of platform that one might think of. While it’s not quite as common as the aforementioned LS swap just yet, we’ve seen some pretty cool Tesla swaps come to life, taking something that was once powered by combustion and bringing it into 2020 and beyond.

This time, we check in with a popular hot rodding platform in the Chevrolet C10 as it meets Tesla power. As it turns out, there is a learning curve involved with going electric. For the creator that goes by the name of Salvage to Savage, it just so happens to be a learning curve that’s going alongside an incredibly cool old-school pickup truck and is a process that we get to ride along with.

Down in the video below, we check in with the old-school C10 that has received the heart of a Tesla and is probably as fast as it’s ever been in its entire lifetime. Whether or not this sort of swap will catch on in the mainstream is yet to be determined. However, it is pretty cool to see some fresh builds like this come to life that give hot rodders another option to go fast!