This truck driver needs a better rig… Stuck on a curb 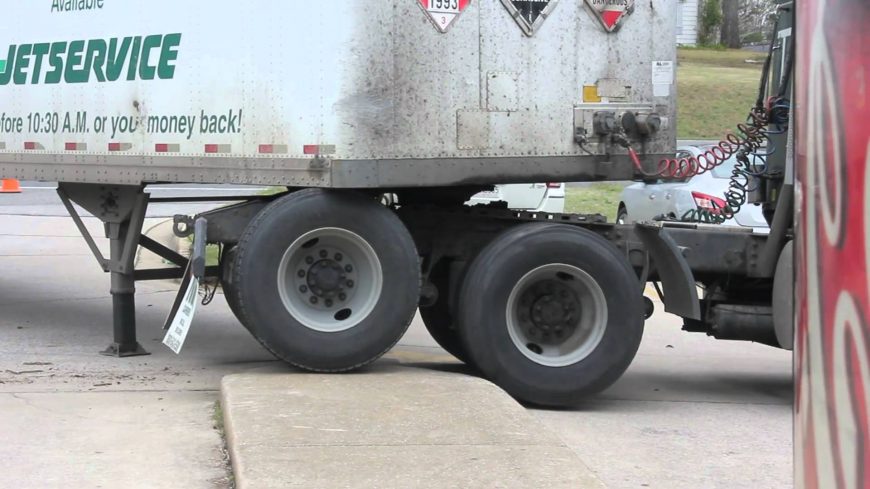 When it comes to barreling down the highway in a big rig with potentially thousands upon thousands of dollars in cargo, there is a lot more that goes into operating such a machine than simply hopping behind the wheel, punching the gas, and plugging in coordinates on your GPS.

This time, we catch up with one of the many small battles that could face a big rig driver as he manages to wedge himself into a tight situation when he got stuck on, of all things, a curb! That’s right, a small piece of concrete prevented this gigantic truck from moving forward and making the delivery.

Maybe it’s time to consider some upgrades to this rig because this looks like a rather easy to maneuver situation that ends up being a lot harder than one would think. After a flurry of attempts, the truck ends up getting stuck on the curb while trying to deliver to a small town pharmacy.

Check out the video below that shows the mighty struggle. Who knows? Maybe the truck is still stuck there to this very day and attempting to barrel its way over that curb with all of its might.