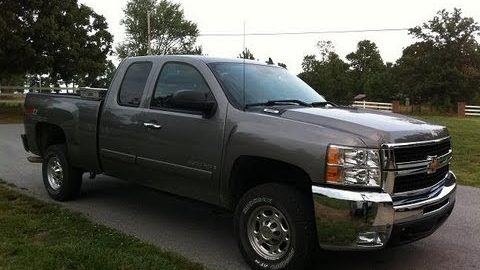 Making the swap to propane for fueling your daily driver might seem like a huge task, but it turns out there’s not too much involved in the process. Propane, used to fuel an estimated 13 million cars around the globe, is a good choice for a fuel source, as it is little more than a by-product of the production of regular gasoline, and as such, should be less expensive. From what we can tell, it costs between $2,000 and $3000 to make this conversion, but if propane prices remain lower than gas, it should make up for itself over time.

Using a large bed mounted tank – or you can have the tank mounted under the bed if you prefer – the propane system feeds under the hood to a vaporizer, which converts the liquid propane into a gas. From there, the propane enters the engine, which requires no modifications to run on propane, through a set of special injectors. Simply flip a switch on the dash to swap back and forth between gasoline and propane, making the system ridiculously simple to use. You may want to seek the advice or assistance of a professional before installing a propane system, though, as any time you tamper with the fuel system could lead to problems.

Check out the video below that walks you through a completed propane system installation on a 2007 Silverado. With an octane rating of 110 and a cleaner burn, propane is actually better for your engine. According to experts, propane also doesn’t contaminate your oil, allowing you to drive farther between oil changes without added risk of breakdowns. The only significant drawback is the availability of propane filling stations. While there are certainly many, they’re nowhere near as common as regular gas stations, meaning you need to plan ahead. Luckily, they vehicle can still be driven on regular gasoline as well, if you need gas and aren’t near a propane filling station.