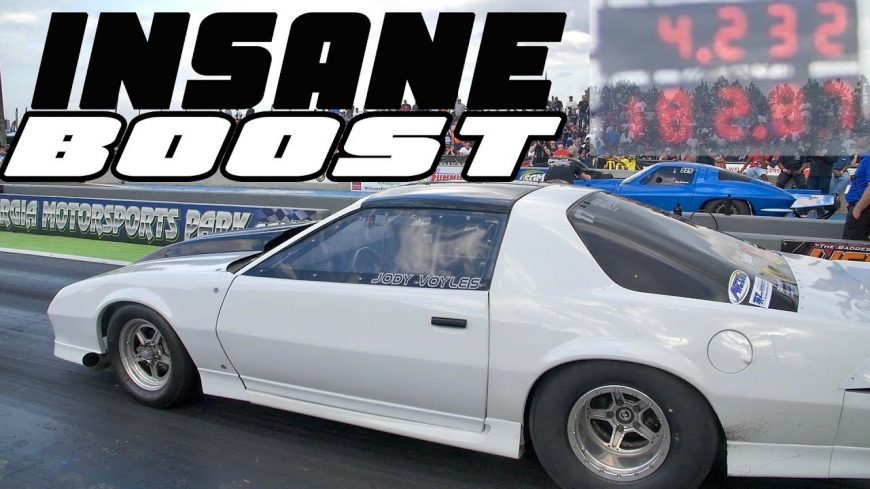 When you think about IROC style Camaros, you may not automatically assume you’re looking at a badass drag radial car. Sure, there are plenty of third-gen Camaro’s that have found their way onto the drag strip, many of them throwing up killer numbers, but sometimes there’s just more to a car that meets the eye.

Douglasville, Georgia native Jody Voyles just happens to have one of those third gens that wears a bit of a disguise, at least until it’s too late for the car in the other lane to realize what’s about to happen. Voyles’ car is perfectly understated, with no wild graphics or huge sponsor decals, no massive steamroller tires, no huge cowl hood or anything else to indicate the car’s potential. In fact, due to the nature of turbocharged engines, the car doesn’t really even sound like it’s about to rip you a new one, but as soon as Jody bumps into the beams and turns this car loose, it’s game over.

One thing I love about Jody’s car specifically is that he still has the factory T-Tops in the car… or at least he did. This particular video doesn’t catch the exact moment the glass panels give up the ghost, but at Duck X Productions’ Lights Out 9 last month, they were blown out of the roof at about 180 MPH thanks to the insane forces on the car at those speeds. Never one to back down from a moving forward in eliminations due to a little thing like a new hole in the roof, Jody broke out the duct tape and some high-speed cardboard to fill the gap and headed back to staging for the next round.

He would go deep in eliminations before losing a close race, laying down a string of runs deep in the 4-second zone. Look for more from this car as Voyles continues to refine the tune and push the car deeper into the 4’s.

« All Motor Mustang Puts Up Monster Numbers At Lights Out 9