This Woman Says She Won’t Get In This 1,000 Horsepower Camaro Ever Again

by Jeremy Patterson | October 23, 2018
camaroProchargedreactionride along

This Woman Says She Won’t Get In This 1,000 Horsepower Camaro Ever Again

Ride reaction videos are definitely some of our favorites, and our buddy Justin over ...

Ride reaction videos are definitely some of our favorites, and our buddy Justin over at JMalcom2004 has a different approach to the classic “surprise” reaction, taking the time to interview the unsuspecting passengers before and after their ride along.

While this kind of gives away that they might be in for a shock, you can see that, at least in this case, the passenger seems to be more than confident that she can handle a ride in this supercharged Camaro. The passenger, Justin’s cousin Meka, says the car doesn’t look too intimidating and, to be totally honest, she makes a pretty valid point. The only real giveaway that this car is putting down 4-digit horsepower numbers is the wheel and tire combo, but there are countless first gen Camaro’s running around with skinnies up front and beefy tires out back that make nowhere near 1,000 to the wheels.

The car’s owner Richard gives us the details on the build, stating that he bought the car as a shell and built it himself, handling all the work needed to get the car to where it is himself with the exception of spraying the paint. The car is powered by a ProCharged small block and is backed by a powerglide transmission and rides atop a 9” rear end.

It doesn’t take Meka long at all to realize she’s in for a hell of a ride, with her face telling the story. She goes from looking around like it’s no big deal to grabbing for something to hold on to and trying to brace herself against the pull of the 1,000+ horsepower under the hood. Richard takes her for a second pull in the car, this one to a higher speed, and she requests immediately for him to take her back, proving the power is just a tad too much.

After returning, Meka claims she ain’t getting back in the car, proving that looks can be deceiving and there’s often more to a car than meets the eye! 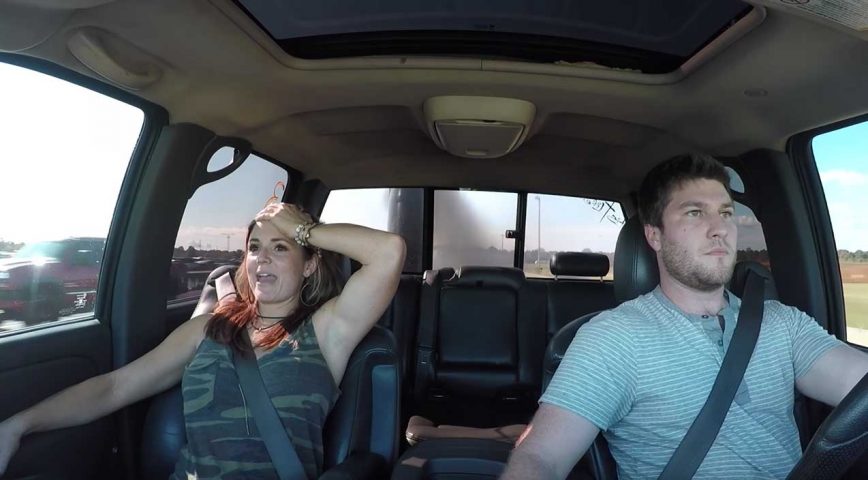