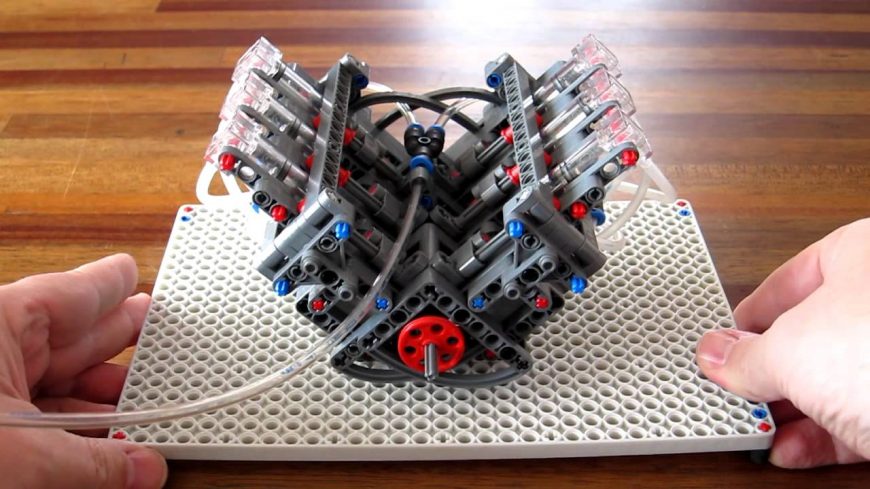 For many kids across the world, the LEGO brick has been the generation of creation, acting as a means to get youngsters building things, giving rise to everything from princesses in castles to pirate ships and everything in between. Now, just imagine a little kid’s LEGO creations all hopped up on steroids.

This time, we check out an idea as it comes to life with a creation that’s just a little bit more complex than the things that you used to build as a preteen. This model engine builder made sure that he went above and beyond to bring an incredible creation to life.

The title of the video insinuates that this build is of a simple V6 engine and that might be true, but I would be inclined to think that there aren’t very many people who can sit down and make something like this become a reality with their own two hands no matter how basic the engineering behind the inspiration.

Check out the video below that shows off this handbuilt pneumatic engine as it cranks over and breathes life. Having been the one behind all of this hard work, the person who put together this one has to be proud that their engine has garnered almost 1.5 million views as is it has gone viral on YouTube!

« Christian Von Koenigsegg Driving His Regera in All His Glory!