If you’re cruising with a buddy and decide to lay down a blocks-long burnout, you ...

If you’re cruising with a buddy and decide to lay down a blocks-long burnout, you have to know there’s a pretty good chance that will attract the attention of the local law enforcement.

If your burnout attracts the attention of the cops, you have to know there’s a good chance you’re going to get pulled over.

And if your burnout gets you pulled over and the cop isn’t one of “the cool ones”, there’s a good chance you’re looking at some pretty healthy fines.

That’s exactly what happened to this guy, who was out cruising with his friend, who just happened to go live on Facebook for the incident, when the driver decided to lay down what is described as a “three block long” burnout. The whole burnout isn’t seen in this clip, which was taken from the original Facebook post, so we can’t verify that to be accurate, but why would they lie about that, especially when there are so many witnesses.

As you can see in the video, this officer is definitely not one of those rare and exceptional guys who has a stern warning but also understands that car guys enjoy driving their cars in different ways than the typical motorists on the road, or who asks to check out the engine and wants to know more about the car itself.

Instead, this cop says right off the bat that the driver is certainly going to be paying dearly for this stunt, telling him as he’s waiting by the car, that this one is going to be expensive.

While burnouts are certainly illegal in almost any instance, there are far worse things these guys could have been doing. But we know if all cops were “cool cops”, there’d be a lot less revenue for the cities across the nation, so they’re just doing what they’re taught to do and making sure we don’t have any fun in the process. 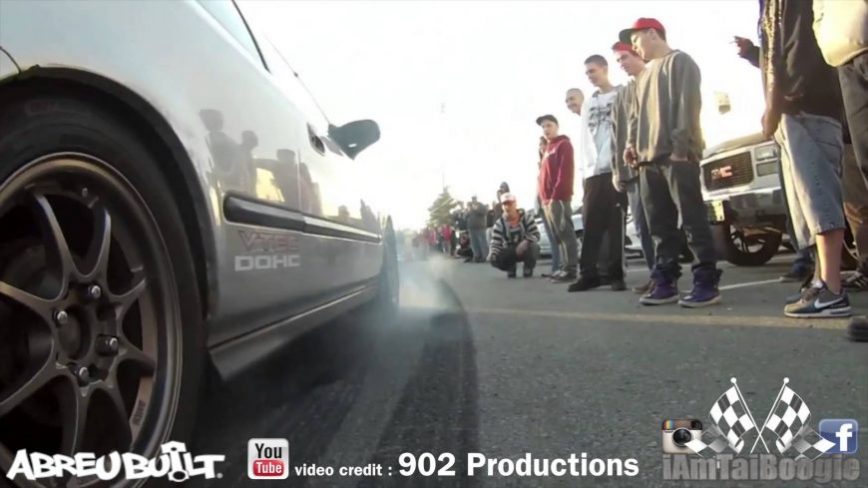