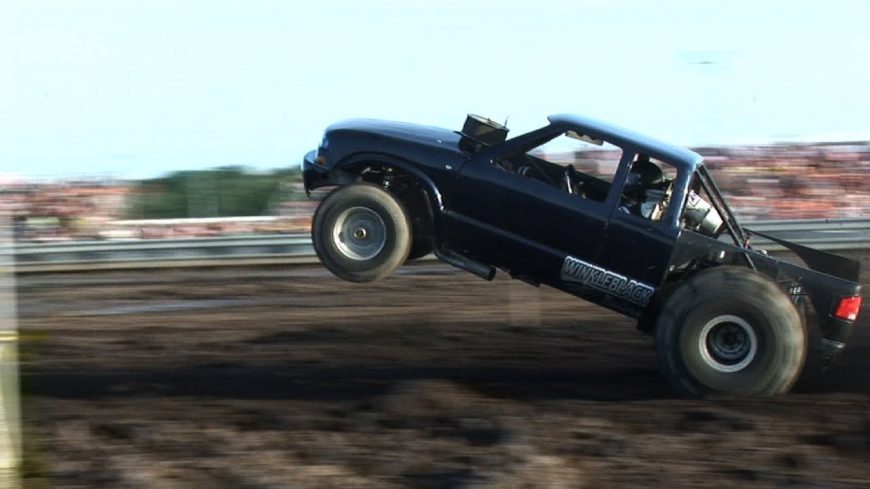 No matter what surface you want to throw down on, there is a build for you! Whether traditional asphalt is your style, you want to head on the water, or you prefer to play in the dirt a little bit, there will always be a build to accommodate that need for speed. In this video, we take a moment to head off of the beaten path to check out a slew of machines that happen to be built specifically to take on the dirt and no matter what your forte, we get the feeling that you won’t have any choice but to fall in love with this batch of beasts that really scream as they soar through the mud with a vengeance!

With this collection of clips, we ride along with the insane machines that have been converted from street machines to dirt dragsters and the transformation is one that is truly welcome as the resulting machines are quite obscene and attention grabbing, to say the least.

There’s something is just so satisfying about those big paddle tires that are digging deep and spewing dirt absolutely everywhere as the dirt demons throw down what looks like some serious power, thrusting forward as the weight transfers to the back and makes them look like absolute rockets. Some even take things a little bit too far and pass the tipping point.

You can ride along with these adrenaline pumping, mind blowing machines down in the Urban Hillbilly video below as we watch an insane set of races that look to maybe even be enough to make your brain touch the back of your skull should be so lucky to sit in the passenger seat. After you get a chance to get a good hard look at what these machines are capable of, tell us what you think about the high horsepower monsters as they slay the terrain at hand. Would you be willing to go for a ride in something that could probably make your heart pound right out of your chest?