Tiger Woods Was at 99% Throttle at Time of Crash, Authorities Say he Hit Gas Instead of Brakes 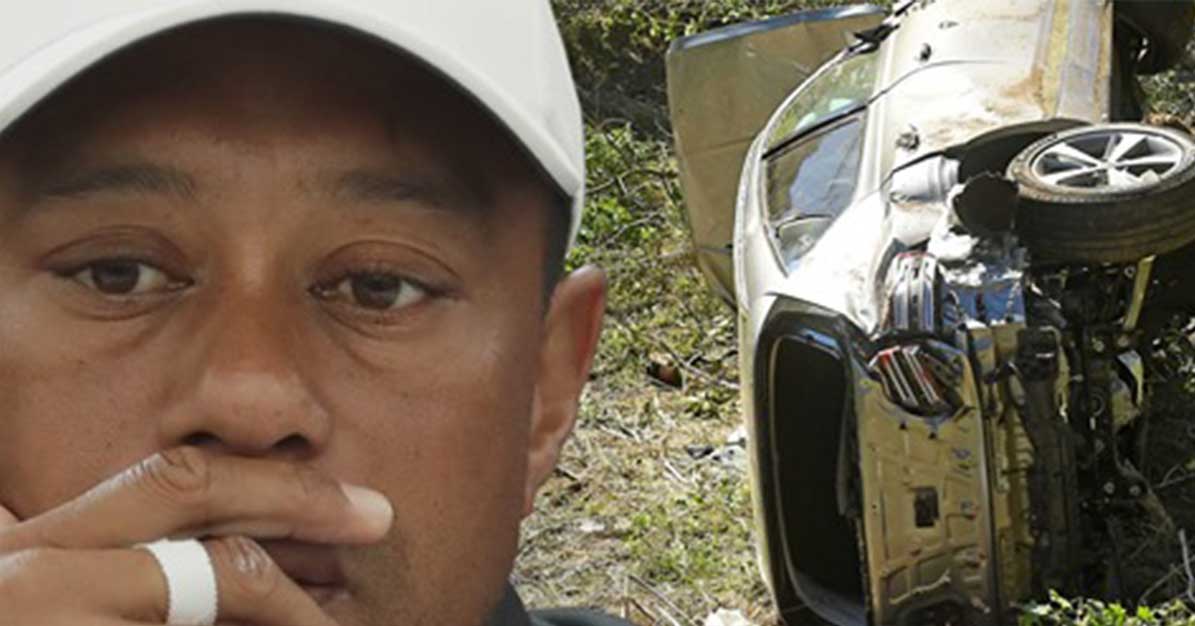 In late Febuary, the world would feel a wave of concern when Tiger Woods was involved in a pretty gnarly looking crash. The incident in which Woods was behind the wheel looked incredbily bad but he was able to walk away from it.

Naturally, with someone who has a bit of a history, the unfounded rumors began to swirl. Most of those rumors have recently been debunked by the LA County Sheriff’s Office.

The official statement says that the vehicle impacted a tree which would then cause it to go airborne. Upon investigation following the crash, there was no evidence of imparment with no ordor of alcohol and no presence of any sort of alchol or other substances that would indicate the golfer was impaired. However, it is noted that Woods’s physical condition was such that a field sobriety test wouldn’t have been apropriate.

We’re told that Woods and his team would fully cooperate with the follow up investigation.

Upon obtaining a warrant, the data recorder onboard would paint a picture for authorities on how the crash went down. They say that the recorder showed a 5-second window around the impact. The data says that speeds were between 82.02-86.99 mph and back down to 68.35 mph during the 5-second window of the impact.

The data also shows the percentage of acceleration. In other words, this metric tells us how far the gas pedal was depressed. This data insists that the car was at 99% throttle in the area of the impact. From this, investigators deduced that Woods accidentally hit the gas instead of the brake. This conclusion was further supported by the fact that data also says that there was no evidence of braking throughout the collision.

Eventually, authorities used the information available to them to deduce that the primary cause was driving at speeds unsafe for road conditions which caused the inability to negotiate the curve of the roadway. No citation was issued.

« Who Gets a Stolen Ferrari When it’s Recovered 18 Years Later?