Time to Stomp on That Loud Pedal and Walk 1000ft with Clay Millican! 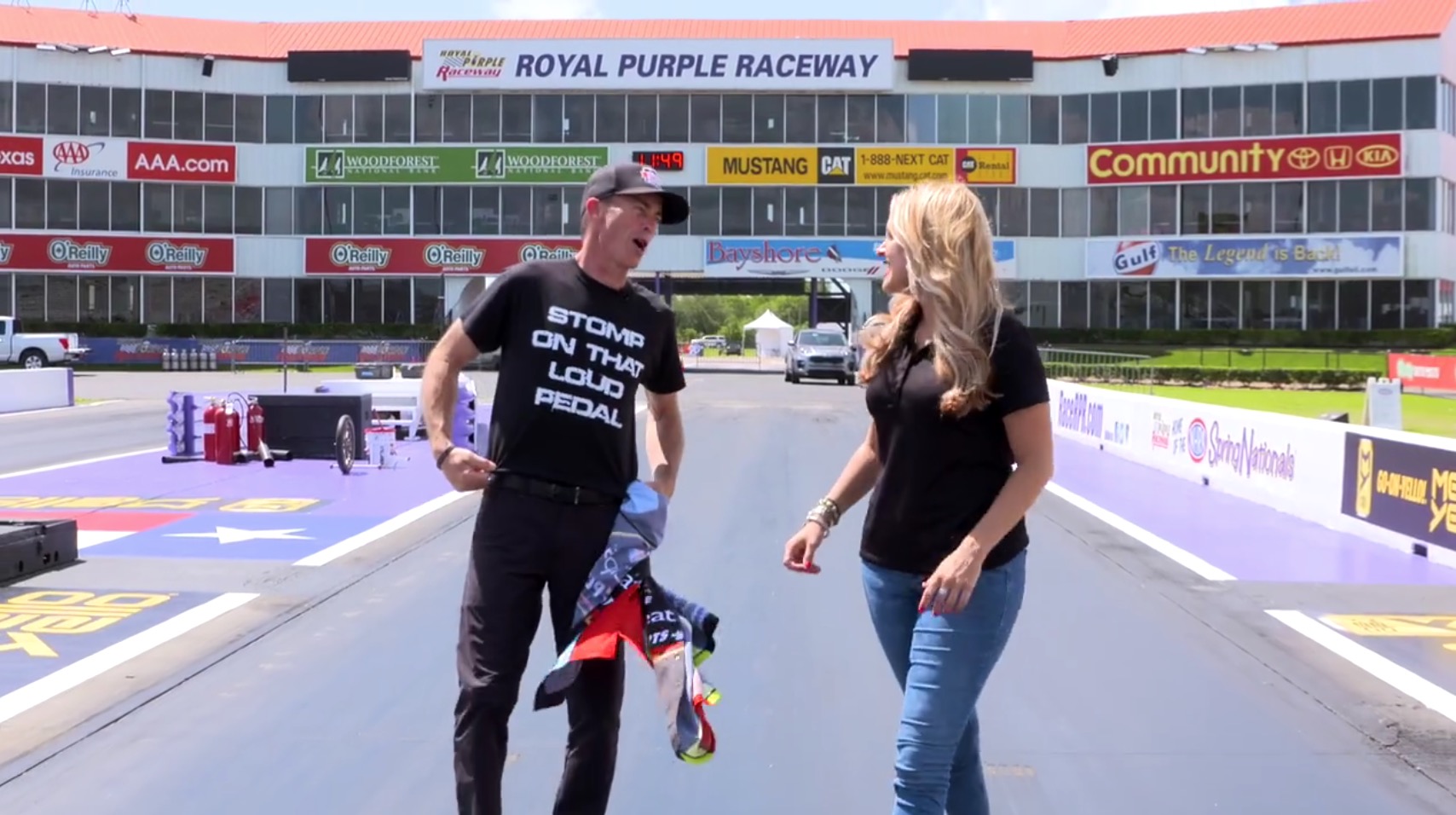 Team Speed Society’s own Clay Millican has been behind the wheel of a top fuel dragster for nearly 20 years now. In his nearly two decades behind the wheel, Millican has built a loyal fan following thanks to his indomitable personality and drive to win. Hailing from the small southern town of Drummonds, Tennessee, Clay has that southern drawl and work ethic that makes him nearly impossible to dislike.

Fox Sports commentator Amanda Busick takes a 1,000 foot walk with Clay to discuss a whole host of topics, very little of which has to do with on-track action. Instead, they discuss the small town of Drummonds, how Clay’s wife chose him, and how he feels about having not yet hoisted his first Wally. They also talk about Clay’s son Dalton, who lost his life at the age of 22 in a motorcycle accident in 2015. Despite such a heartbreaking loss, Clay’s spirit still shines, as does Dalton’s legacy, which Clay continues through several programs.

Clay has scored #1 qualifier honors twice this year in pursuit of that elusive first win, proving they have the power to get the job done. They series is off this weekend for Mother’s Day, but racing will resume in 2 weeks at Heartland Park in Topeka, Kansas, where Millican and his Great Clips/Parts Plus sponsored dragster will look to go secure that breakthrough win.

Time to STOMP ON THAT LOUD PEDAL and walk 1000ft with Clay Millican! #PowPow