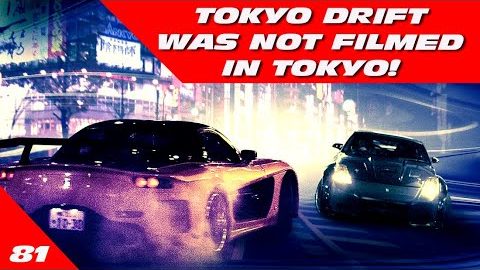 One of the cool things about Hollywood films is that they can take us all over the world. Depending on a film and its budget, we can frequently see scenes filmed in all sorts of exotic locations. These locations can really help to paint the picture of what our favorite characters are all about.

However, while it might seem as if some of these movies are filmed in exotic locations like Tokyo, that’s not exactly always the case in real life. You see, Hollywood magic isn’t just limited to special effects like explosions. Instead, we also see entire environments come to life on screen.

For example, while The Fast and the Furious: Tokyo Drift was supposed to be set mostly in Tokyo as its name infers, Craig Lieberman, a former Fast & Furious cast member, tells us this wasn’t the case at all. Instead, lots of CGI was put in place to make viewers think that the action was going down in Tokyo. In reality, though, most of the film took place right here in the United States. More specifically, we see many of the scenes recorded on a film set in California.

This time, Lieberman gives us the rundown of how exactly this is possible. He also tells us just how many other films told us that they were being shot in a specific location, only to later have it revealed that most of filming was done without even stepping foot outside of the country.

While we can definitely get the effect with CGI, we probably wouldn’t recommend planning a trip to Tokyo because of what you saw in a Fast and Furious movie. While CGI is pretty good, we wouldn’t want you to be disappointed about not being able to see on-screen locations in the real-world version of the city.