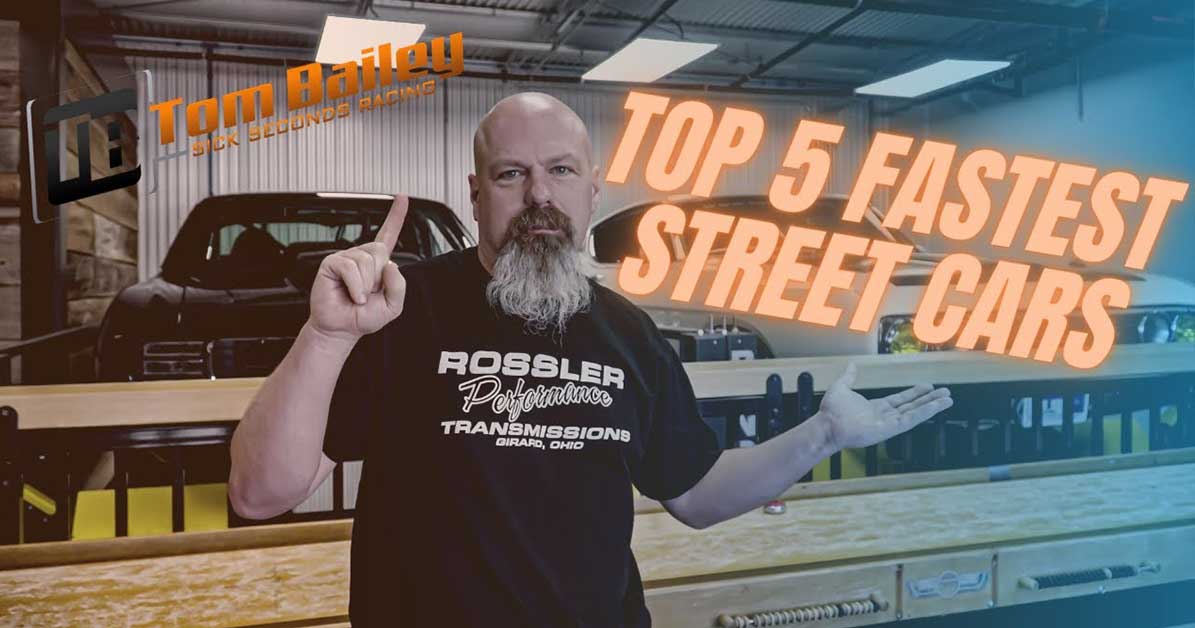 For those who have yet to meet Tom Bailey, allow us to introduce you. Bailey is one of the fastest men behind the wheel of a streetcar ever. In fact, he managed to become the first person ever to knock home a 5-second quarter-mile pass in the history of Drag Week. Sure, a “5” on the scoreboard is impressive in any quarter-mile scenario, but a lot of cars have managed to do it. However, what sets Bailey aside from all of his competition is that he went through a substantial road trip in between race tracks, traveling hundreds of miles during the week before finally making the 5-second voyage down the 1320.

This time, the authority in the matter has decided that he wants to give us his rundown on streetcars. What more appropriate way to really kick off Bailey’s fairly new venture as a YouTube host than by listing off some of the fastest street cars to ever do it?

In this video, we find some familiar faces that have really built up a big reputation over the years. What sets these cars apart from the pack is that not only are they able to go fast on the track but they’re able to drive on the street as well. This might seem like something simple to a casual bystander but it takes a whole new level of effort and knowledge in order to be able to effectively drive a car home after knocking home a pass as one of these racers has.

Bailey also takes some time to dig into what can be a rather controversial topic. In addition to giving us the five fastest street cars, we get to hear the definition of what a streetcar is from the man himself. As Bailey does point out, the definition of a streetcar is drastically different from person to person. In any case, he does his best to help settle the debate!