When Tom Bailey made his way down the track on the final day of Drag Week 2019 and ...

When Tom Bailey made his way down the track on the final day of Drag Week 2019 and managed a 5.99-second pass, he would end up being the first to ever strike five-second gold while also finishing the event. For those who don’t understand why that’s so impressive, it’s because the car was just coming off of a road trip that was several hundred miles long, stopping at a handful of tracks in between in order to make passes and compete.

As exciting as it was to watch Bailey write history, it leaves one gaping question. Where could he possibly go from there?

Don’t get us wrong, Bailey’s accomplishment was nothing short of monumental. However, the man himself says that he was getting a little bit bored. Once you knock over all of the records that were on your radar, there has to be a new horizon to conquer.

In order to set up something new and interesting, Bailey would enlist the help of fellow Drag Week headliners, Alex and Dennis Taylor. Together, they have concocted an idea for a pretty crazy ride that does things just a little bit differently. Let’s just say that when we see the build finally hit Drag Week, we’re sure that it’ll shake things up just a bit.

In an effort to do what “nobody has ever done before” Bailey and the Taylors had quite an interesting unveiling. As they stack up poker chips, raising the ante each time, we find that the car will be in the form of a 1955 Chevrolet Nomad. The duo does make note of the fact that this car is pretty sought after and one that the purists aren’t going to enjoy seeing cut up.

However, if there is one thing that the racing community has become known for, it’s that we don’t really pay much mind to the purists. Instead, it’s all about making things cool that are going to go as fast as possible.

It’s pretty much a shoo-in that this car is going to go fast with the people behind it. How will they get there, though?

In the video below, we learned that the Nomad is going to be powered by an SMX powerplant that pairs a Hemi block with Chevrolet heads. To complete the package, we will also find nitromethane fuel and a screw blower. Oh yeah, one of our favorite parts is that this thing is going to be a gasser sitting on a radial tire.

Needless to say, the collaboration is going to create something wild when all is said and done. To get the first taste of the build, be sure to check in with the video below from Bailey’s own YouTube channel. 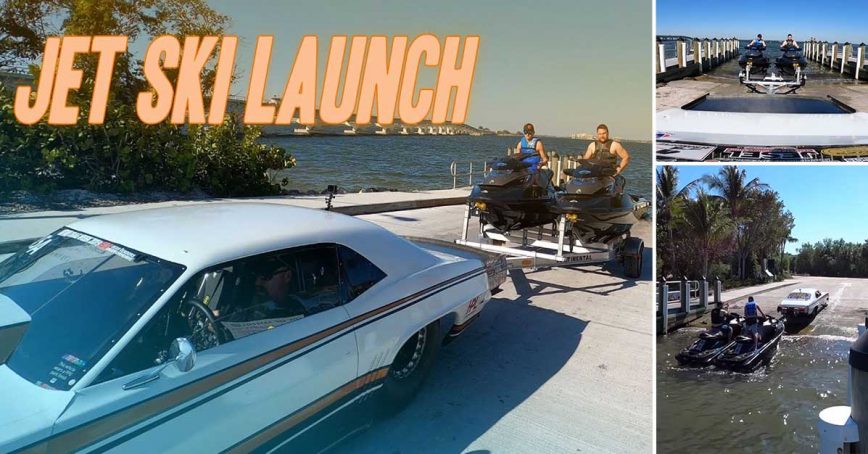