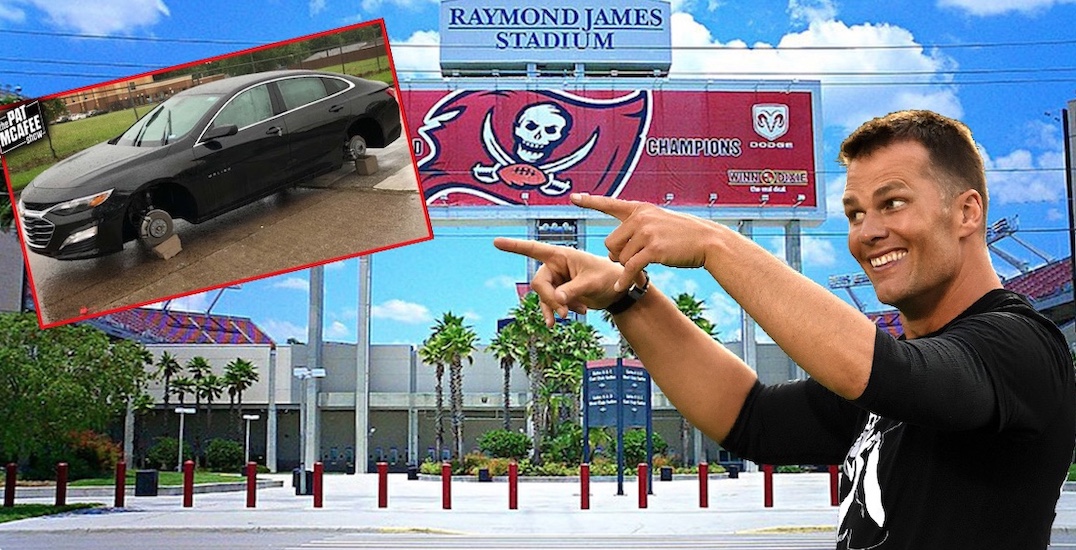 As an NFL locker room can become a bit of brotherhood, let’s just say that players will have a tendency to prank each other every now and then. Sometimes, these pranks even have a way of escalating to a prank war. Pranks are especially prevalent when it comes to new rookies in the building. Let’s just say that it seems like hazing is part of the game when somebody ends up newly drafted to a team.

This time, though, we check in with a pair of veteran quarterbacks as they both end up throwing down some pranks. At one end of this battle, we have NFL quarterback, Matt Cassel. On the other end, we find the greatest quarterback of all-time in Tom Brady.

Apparently, these two like to prank each other quite a bit. The pranks would start light with tasks like filling up shoes with Gatorade or stuffing cars with foam peanuts. Eventually, though, the pair of QBs from New England would be a way to build momentum toward some more serious pranks.

As this prank war of sorts waged back-and-forth, eventually, it would seem as if Brady would end up winning, if such a victor can exist. The prank to end them all would come when Brady decided to steal all the wheels off of Cassel’s car. Three of the four wheels would end up in front of Cassle’s locker. The fourth would be hidden somewhere secret in the facility.

It was apparently about this time that head coach, Bill Belichick decided to call an end to the prank festivities. Those familiar with the iconic New England Patriots coach know that he isn’t much one for fun and games so it was only a matter of time before something like this would come to an end.

It might be a small victory but it’s certainly just another “W” on the long list for Brady.