The 1980’s was a decade of excess. Big hair, big cars, and big movie car chases! I don’t think there was an action movie made in the whole decade without at least one appropriately unrealistic chase scene. And as unrealistic and cheesy as most of them are, they are a lot of fun to watch and really add something to the movies that just wouldn’t be the same without them.

The guys over at Donut Media have compiled their Top 10 list of Greatest Movie Car Chases from the 80’s and we have it below for you guys watch, because we want your feedback. We’re gonna hold off on our opinion until we hear what you guys think, mainly because there are a couple of movies on this list that we’ve never even heard of, so we can’t exactly pass judgement on them until we watch them all.

However, we can say that the ones we have seen, such as Mad Max 2 and Terminator are definitely worthy of spots on the list, as well as Against All Odds, which features two of the baddest rides from the era, and neither of them were damaged in shooting the intense scene.

We’re not going to spoil the list, because that would be rude. But there are plenty of awesome scenes in the video below, as well as some factoids about the films and what went into making these scenes work. For instance, the scene in Mad Max 2 where the diabolical tanker truck rolls over was shot in one take because the director expected the driver to end up in the hospital after crashing the rig. In fact, they had him fast for 12 hours before filming just in case he ended up in the ER. That, my friends, is dedication to your craft! Let us know what you think about this list! Was there a movie that was left out, or too far up or down the list! 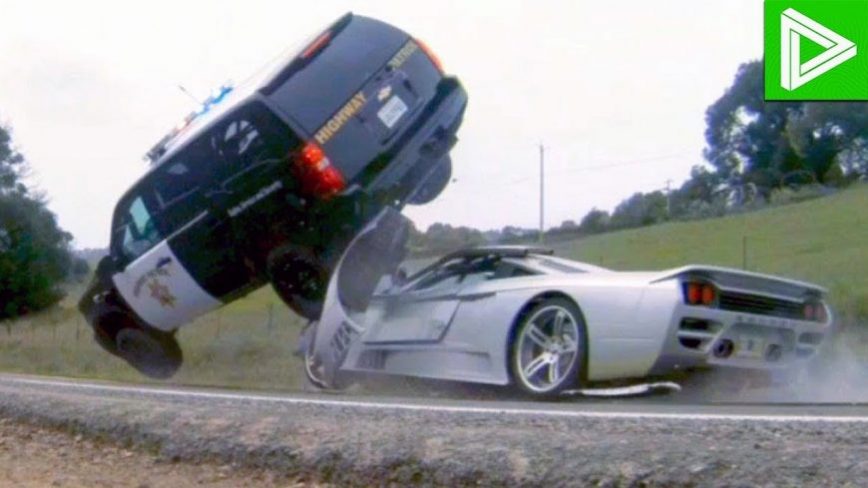