Let’s just say that there are certain levels of wealth. Just because somebody ...

Let’s just say that there are certain levels of wealth. Just because somebody is a millionaire doesn’t necessarily mean that they can hang with some of the richest people in the world when it comes to a spending contest. There is certainly a difference between having a superyacht and one of the largest superyachts in the world.

Don’t get us wrong, any sort of yacht is impressive. Being able to put yourself together to the point where you’re able to afford such a vessel is nothing short of a dream. However, there are certain vessels that stand out among the crowd. We aren’t sure if bigger is better or not but in this case, we take the opportunity to check in with 10 of the largest superyachts that exist these days.

When we go through this compilation video, it tends to make us a little bit self-conscious. In fact, most of these boats feature things that the majority of people likely don’t even have in their homes. From top end fixtures to wide-open spaces and even groundbreaking electronics, some of these vessels really go above and beyond in the areas of comfort and luxury. No stone is left unturned in the pursuit of perfection. I suppose that if you have the money for a boat that’s almost 500 feet long, you can swing the luxurious design bill as well.

By following along with the video below from eSysman, we get to go for quite the ride. For most folks, these sorts of boats are nothing more than a dream. However, for those who have accomplished enough to get their hands on one, that dream has materialized in something that’s many times bigger than the average American home. Heck, we aren’t even sure how somebody could step foot aboard one of these things and ever want to leave.

Step Inside The World's Most Expensive Yacht ($4.8 Billion) 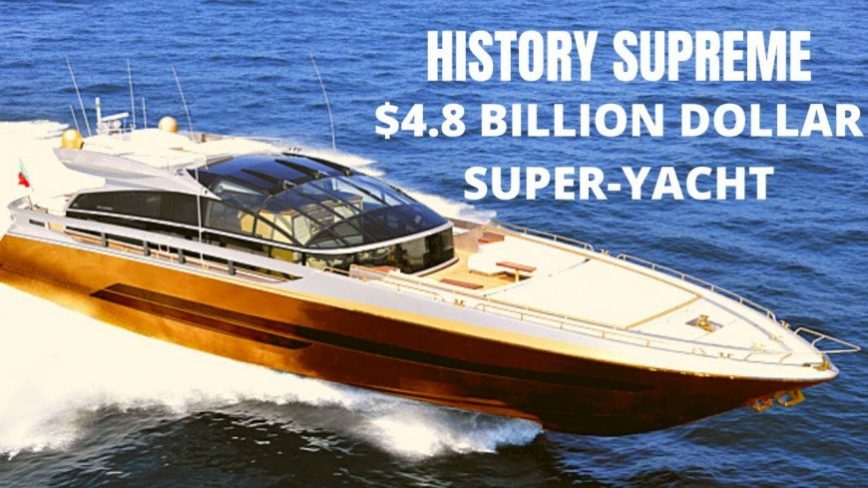